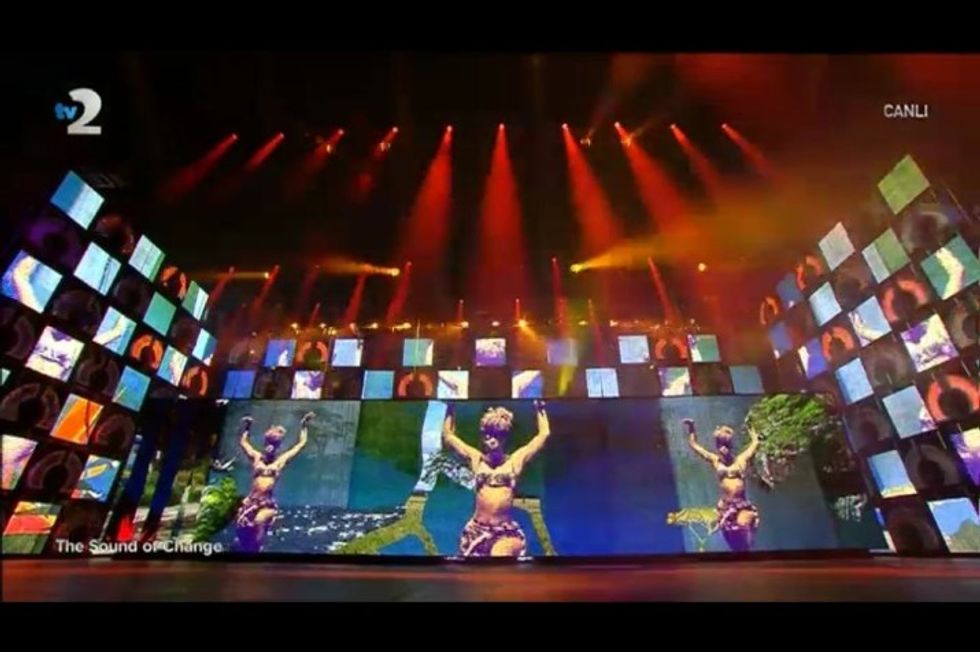 Beyoncé recently released a Timbaland-produced full studio version of "Grown Woman." While we suspected from the afrobeat percussion on the track and chanting courtesy of Guinea's Ismael "Bonfils" Kouyaté  (currently on the Fela! tour), that the next reinvention of Beyoncé might have African soul, we now have visual confirmation of an "Africanization of Beyoncé" with this performance at the Chime For Change benefit concert to support women's rights. Featured wearing a headwrap in the video's psychedelic visuals is former Fela! dancer and founder/director of Art Saves Lives, Nicole De Weever. Watch Beyoncé's tribute to Africa on her June 1st performance of "Grown Woman" below.