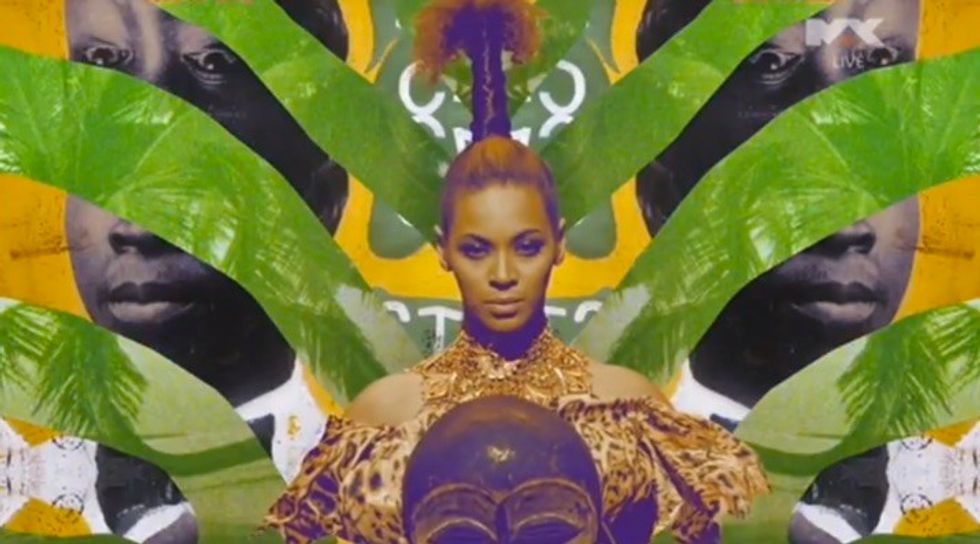 The-Dream reveals that Beyonce recorded a 20-track Fela Kuti-inspired album before 2011 in his Genius annotation of "End Of Time."

While we've previously theorized about Beyonce's African-indebted reinventions, we never expected this one. Hitmaker producer The-Dream — the man behind "Single Ladies (Put a Ring on It)," the Chimamanda Ngozi Adichie-sampling "Flawless," "Run the World (Girls)" and many more — reveals in his Genius annotation of "End Of Time" that Beyonce recorded a 20-track Fela Kuti-inspired album right before 2011's 4 LP:

"We did a whole Fela album that didn’t go up," The-Dream writes on Genius. "It was right before we did 4. We did a whole different sounding thing, about twenty songs. She said she wanted to do something that sounds like Fela. That’s why there’s so much of that sound in the “End of Time." There’s always multiple albums being made. Most of the time we’re just being creative, period. We’re talking about B, somebody who sings all day long and somebody who writes all day long. There’s probably a hundred records just sitting around."

Here's to hoping those unheard Fela-inspired tracks make it out someday. In the meantime, revisit Beyonce's afrobeat-influenced "End Of Time" live at Roseland Ballroom below.