Is Beyoncé Playing Nala in the Live-Action 'Lion King' Remake? What Does that Even Mean? 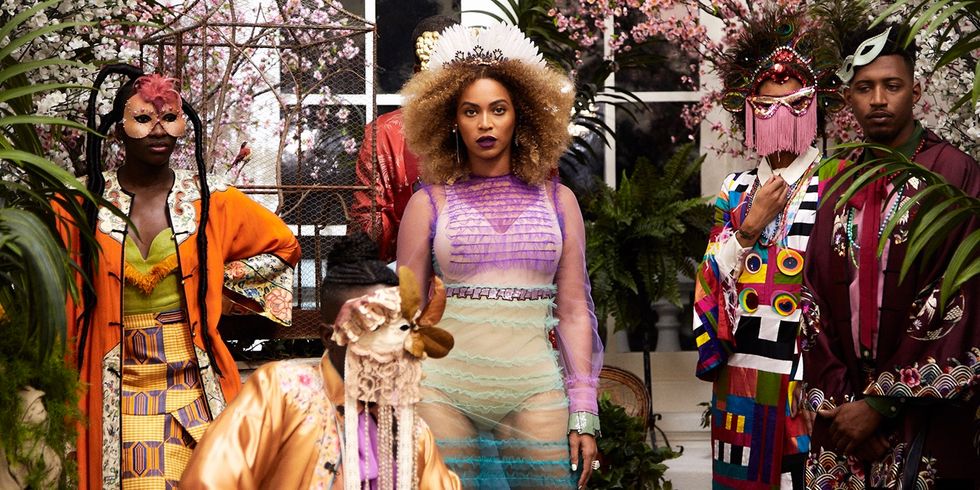 Beyoncé is the latest star in talks to join the star-studded cast of the 'Lion King.'

Beyoncé is in final negotiations to play Nala in the upcoming Lion King live-action remake, according to online-based, Beyoncé news source, The Beyhive Team.

According to their Twitter page, the singer will voice the character and manage the movie's soundtrack for a whopping $25 million. The soundtrack will include the original songs as well as new productions from the singer.

The movie's star-studded line-up already includes Donald Glover, as Simba, and James Earl Jones, who'll reprise his role as Mufasa. According to The Hollywood Reporter, Birtish-Nigerian actor Chiwetel Ejiofor is currently in talks to voice the villainous Scar. Other names include Seth Rogen, Billy Eichner and John Oliver.

What exactly does playing a voice actor in a live-action flick entail? Why does it need voice actors if it's "live-action" film? We don't know either, but we'll pretty much watch anything that Beyoncé is involved in, so there's that.

There hasn't been any official confirmation from the singer's team, but if it does come, it will probably be in the form of an Instagram post, so be on the lookout!

Either way, the Queen of everything—and the possible future queen of Pride Rock—has some time to announce the news—Lion King doesn't hits theaters until July 19, 2019.

Beyoncé will voice Nala and produce the entire soundtrack for the 2019 Lion King remake! pic.twitter.com/BjVxv2VKYn