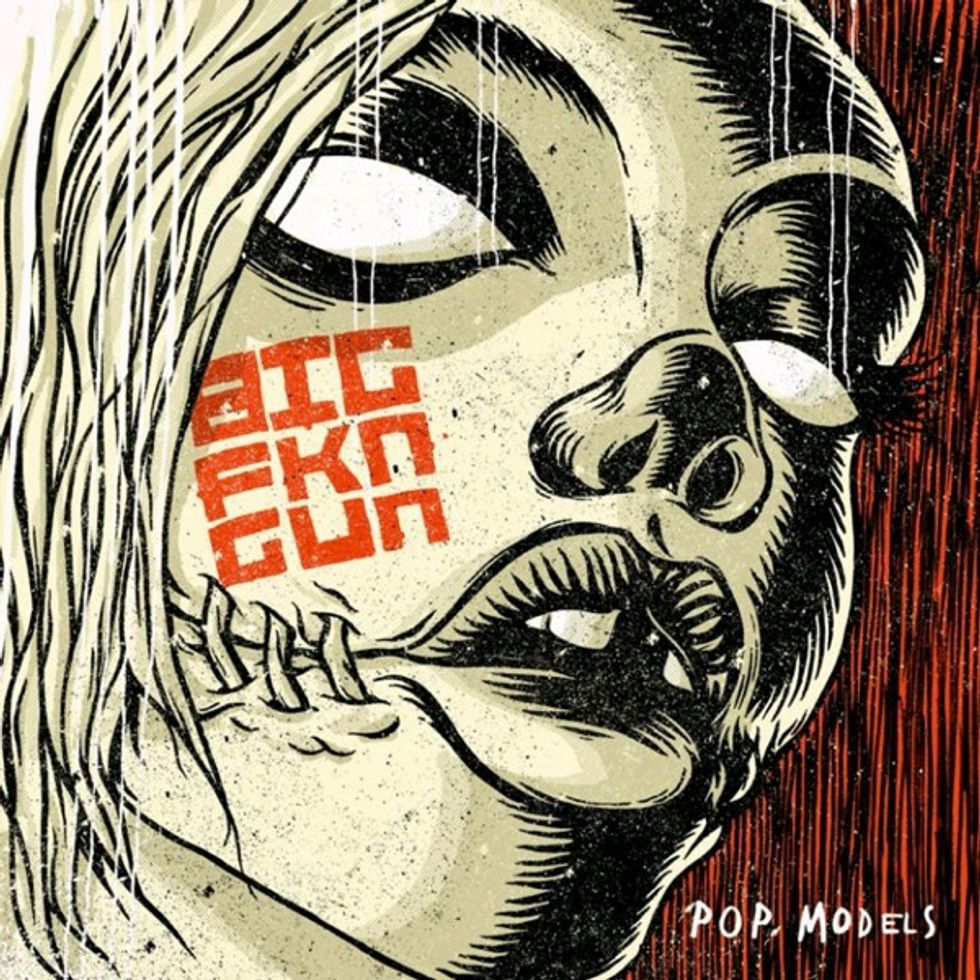 We've been following the rise of South African dark-dubbers BIG FKN GUNfor nearly a year now — from their initial "Pop Models" single to premiering the substance-based "Wunga" and plenty otherbeats in between. Today marks the release of the group's debut Pop Models EP. We sat down with the group to talk about their vision, influences and get a preview of the new release.

For those who don't know, who is BIG FKN GUN? How'd the project come about?

BIG FKN GUN is a South Afrikan collective known mostly for being supremely unknown. The project came about as a necessity as we all felt a need to do something different, and mould that with our experiences as South Afrikans with a global outlook on things. We love the sounds that are coming out of SA especially Durban which is our home. The Zulu language is so rich and poetic so we thought we could add a bit of Durban slang to the mix.

What are you guys' influences?

The music is really a combination of our surroundings growing up in the townships of South Africa and our aspirations to let our experiences become part of the global community. We felt a need to not emulate our heroes from America, the rest of Afrika and Europe but to take those inspirations and mould them with our own unique experiences. We are influenced by the South Afrikan experience, which is none like any other, there is so much in this country and the history unfolds in front of our eyes everyday so it becomes a great place to grab stories from.

Tell us about the process behind making the Pop Models EP.

What we found interesting from the process of making the EP and giving away some tracks for free is that the youth of the world no matter where they come from they seem to have a lot of similarities and though the language is from this part of the world, somehow they find a way to feel the music wherever they are... which to us was a blessing.

You've got features from Spoek Mathambo, Okmalumkoolkat and Grand Jo. How did they come about?

The features came about through Sol [of BIG FKN GUN] working on the Nombolo One project with those two. It was the next natural thing to collabo on our own project. Initially Sol gave Spoek the "Wunga" beat, which he dismissed as weird until he heard the complete track with vocals. He loved it ever since. We ended up collaborating on "Space" with Okmalumkoolkat.