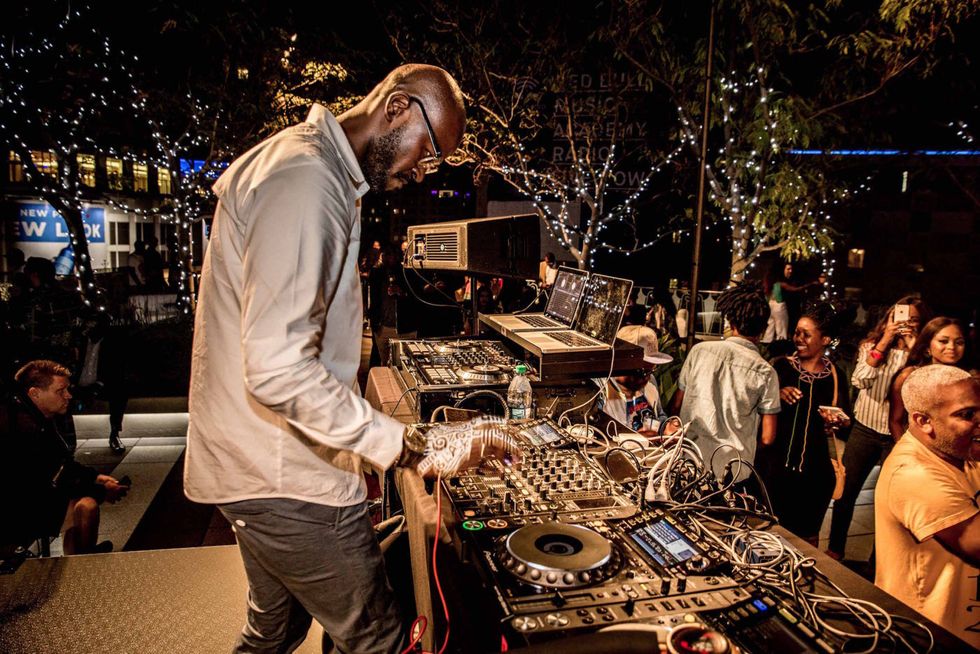 To celebrate the release of Pieces of Me on Ultra Records, we look back at Black Coffee’s top ten songs of all time.

Black Coffee is the highest profile South African musician on the planet today.

In 2016 alone the producer/DJ has dominated the South African Music Awards with three accolades – including Album of the Year and an International Recognition award - scooped a BET Award for Best African Act, remixed Alicia Keys and played at both Coachella and the Ultra Music Festival. The label associated to the latter, Ultra Music, has just released his latest album Pieces Of Me internationally – proof of Black Coffee’s global sway.

This record is his fifth full-length and it has spawned major hits in “We Dance Again” alongside Nakhane Touré and “Come With Me” with Mque. Since his 2005 debut, Black Coffee has collaborated with icons like Hugh Masekela, Busi Mhlongo, fellow afro-house pioneer Culoe De Song, Monique Bingham and acclaimed poet Lebo Mashile.

To commemorate Coffee’s magnificent international rise we look back at ten of his most essential songs, in chronological order.

Following his selection for the Red Bull Music Academy in 2003, Black Coffee was in confident stride. The opening track on his self-titled debut album was an accomplished reinterpretation of jazz legend Hugh Masekela’s “Stimela (Coal Train)” – a brave move for such a young producer. Whilst he didn’t mess with the master’s trumpet – we wouldn’t have gone there either – he did use Bra Hugh’s spoken word intro about migrant workers from across the continent descending on Johannesburg to devastating effect. A serious statement of intent.

Despite the fact that his debut album snatched a South African Music Award for Best Urban Dance Album, it produced no videos. That changed on his sophomore full-length, Have Another One. Its first two singles were created in collaboration with South Africa’s “First Lady of House,” Bucie, and while “Turn Me On” was effortlessly charming, it was their second hook-up that really took off. Landing with a cool, cartoon-laced clip, “Superman” was not only massive in Mzansi, but Drake included it in a 2015 Beats Music selection of his favourite songs. Both cuts proved that Coffee could keep the groove uncluttered and let the songwriting shine.

The first single off third album Home Brewed featured vocalist Zakes Bantwini. The track’s horns were pure afrobeat, the lyrics conflated religion, voodoo and lust, and its rhythms were ecstatic and undeniable.

On which Thiwe’s jilted and lonely vocal plays out atop Coffee’s seismic chords and whip-crack percussion. Emotional afro-house at its best.

“You Rock My World” featuring Soulstar

On South Africa’s Day of Reconciliation, 16 December 2011, Black Coffee embarked on a massively ambitious venture: the Africa Rising concert at Moses Mabhida Stadium in Durban. The meshing of his beats with a 24-piece orchestra ended up as a double-platinum selling DVD and CD set, and “You Rock My World” was just one of the highlights. It got its single release the next year, cementing it as one of Coffee’s biggest tracks.

Another cut culled from the Africa Rising sessions, this is an exercise in moody suspension and bass weight. It’s just been reissued by German label Get Physical with remixes by Loco Dice, M.A.N.D.Y. and Da Capo.

“Deep In The Bottom (of Africa) featuring Monique Bingham

A smooth-as-skin celebration of South Africa’s deep house culture recorded with a singer who’s become something of a sensation down South, Monique Bingham. This track also has what is probably Black Coffee’s best video: a colourful examination at what’s happening right now on the streets of Johannesburg.

Massive – this was the song of the South African summer of 2015/2016. An unexpected hook-up with alternative singer/songwriter Nakhane Touré, it turned out to be dancefloor gold - and crossed over. Everywhere. The track also spurned a dance video challenge that went viral internationally, and it was the lead track off his fifth album, Pieces Of Me, which garnered social media love from Alicia Keys’ bae Swizz Beats.

“Come With Me” featuring Mque

A sublime guitar lick, a super vocal from Mque (also featured on Mobi Dixon’s “City Rains”) and a great hook, this certainly “set [our] world on fire.”

Greg has been writing about African music since the kwaito era and has been published in the Mail & Guardian, Elle, DJ Mag, Boiler Room and many more. He also deejays as DJ Dexterity and consults on digital campaigns. He's on Twitter as @dexterity.