This Company is Using 'Black is Beautiful' To Sell Toilet Paper 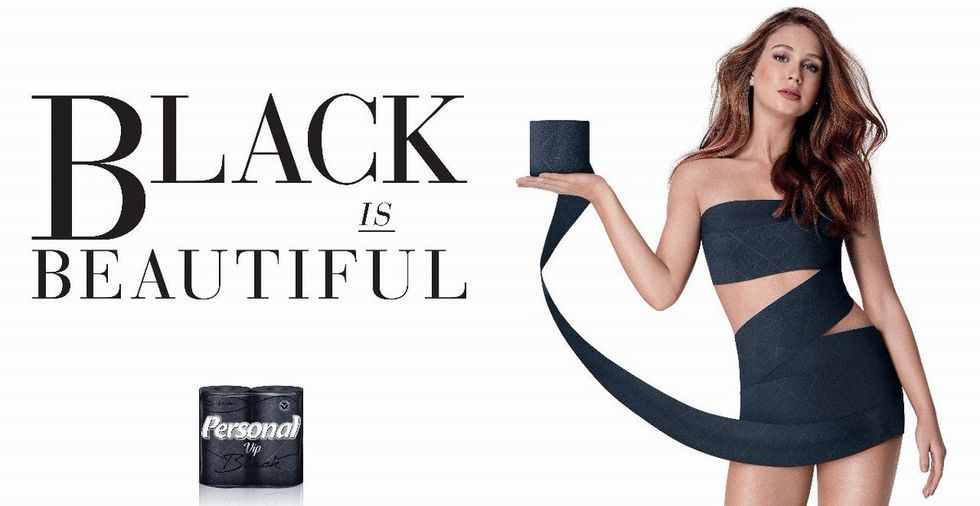 It was a rallying call, a statement of defiance. It said, in no uncertain terms: "What was once called ugly and evil is being reclaimed and renamed as something beautiful and treasured, something to be revered, something to inspire envy, something revolutionary...in short, something baaad."

It was a simple phrase, but it said it all. Black is beautiful.

It was the slogan of the cultural movement of black Americans fighting for equal social and economic opportunities in the 1960s, but it moved beyond the bounds of the U.S. It was also used by Steve Biko in the anti-apartheid movement in South Africa.

The toilet paper brand, called Personal VIP Black toilet paper launched the product on Monday. Shortly after the launch, Anderson Franca, a Rio based writer known for his inflammatory and creative Facebook posts, took the company to task.

He weighed in with a Facebook post that pointed to the fact that the fight for black liberation is far from over:

The post, which has been shared thousands of times, called Santher's campaign "racist and irresponsible, conscious and deliberate."

Franca pointed to the sad truth that anywhere in the world, a search for "Black is Beautiful" pulls up references to "Angela Davis, Malcolm X, The Black Panther Party for Self-Defense, Fela Kuti, James Baldwin, Nina Simone...", but in Brazil, it pulls up toilet paper.

One Twitter user expressed disbelief in a Tweet that simply said, "Cultural appropriation we see around here. #Blackisbeautiful is the propaganda of toilet paper?"

Later on Tuesday, Santher expressed regret that the ad caused offense and removed the statement, but the outrage on social media, mostly in Portuguese, is still pouring in.

Though Santha's retraction was swift, it looks like the damage is done.