Until Black Lives Matter in the U.K. & Worldwide—#ShutDown 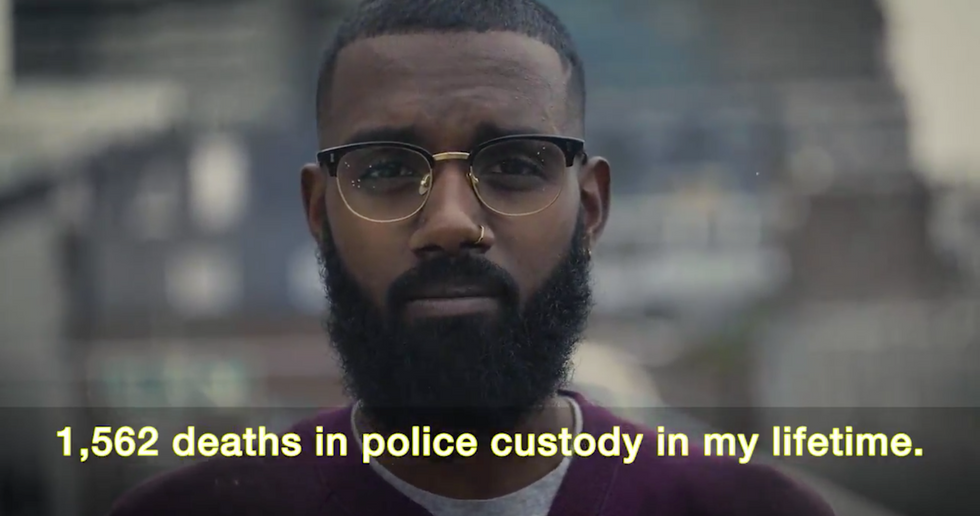 Black Lives Matter U.K. is organizing #Shutdown rallies throughout the U.K. on August 5.

Black people in the U.K. are standing in solidarity with their American counterparts, declaring that British black lives matter, specifically those of Sarah Reed, Jermaine Baker, Mzee Mohammad, Sean Rigg, and Kingsley Burrell who have been killed during recent interactions with police.

They're joining a worldwide movement against global white supremacy, a structure that must be dismantled if there can ever be justice and peace (See Brazil, Canada & France).

It’s in response to these crimes committed by police that have gone unpunished, the 57 percent increase in hate crimes since #Brexit and conflicts that Britain has not atoned for such as the 3,034 drownings in the Mediterranean in 2016 alone that Black Lives Matter U.K. is staging simultaneous #Shutdown rallies at Altab Ali Park in London, Alexandra Park in Manchester, St. Peter's Gate in Nottingham, and a TBD location in Birmingham on August 5.

This continues the efforts of organizers and supporters who held the third annual Afrikan Emancipation Day Reparations March to Parliament in London Monday. At the conclusion of the march, they handed over their “Stop the Maangamizi: We Charge Genocide/Ecocide” petition to mobilize an all-party parliamentary commission that aims to seek reparations for all Afrikans.

In the petition, they outlined the following:

1. To draw attention to Afrikan peoples’ global determination to not let the British State and other perpetrators get away with the crimes of the Maangamizi (Afrikan hellacaust of chattel, colonial and neo-colonial enslavement).

2. To hand in the Stop the Maangamizi: We Charge Genocide/Ecocide petition requesting an All-Party Commission of Inquiry for Truth & Reparatory Justice in order to raise consciousness about the fact that all the attacks on us, in both individual and collective instances, amount to Genocide/Ecocide in Maangamizi continuity necessitating reparations.

3. To increase awareness of the necessity to ‘Stop the Maangamizi’ and its current manifestations such as austerity, attempts to recolonise Afrika, mentacide and deaths in police, psychiatric and prison custody.

4. To demonstrate Afrikan peoples’ strength, capacity and determination to speak to and challenge establishment power with our growing grassroots power to effect and secure reparations (reparatory justice) on our own terms.

5. To highlight Afrikan peoples grassroots demands and initiatives for effecting and securing reparations.

It’s great to see black communities all over the world are continuing the fight of their ancestors for an equitable existence and justice.