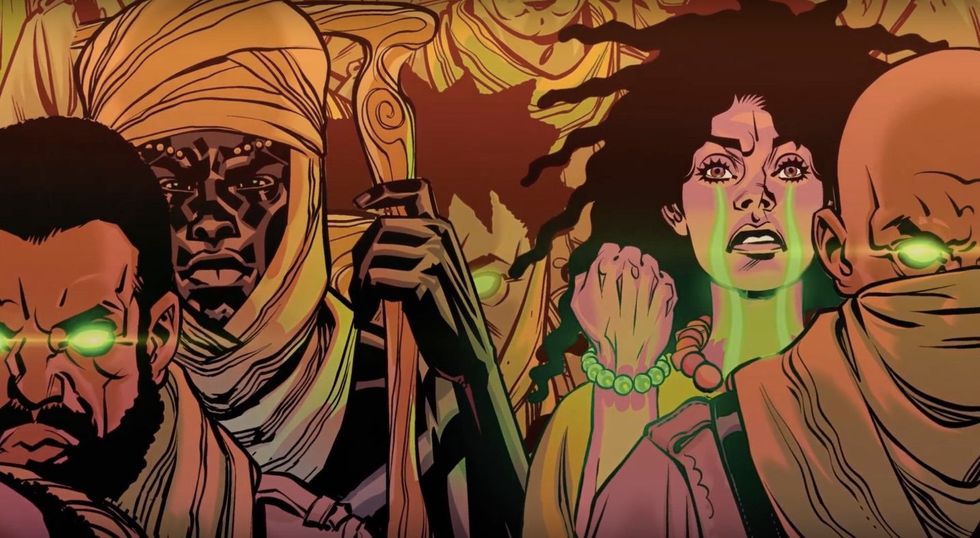 The eleventh installment of the Black Panther comic book series is here, along with a new trailer featuring music by Lil B.

Today, Marvel released a brand new trailer, that unpacks the previous issue, Black Panther: A Nation Under Our Feet, and gives readers a chance to pick Coate's brain as he discusses some of its storylines.

Previous trailers have featured soundtracks from notable hip-hop acts, and this one is no different. The new trailer boasts musical production from none other than Lil B.

Watch the trailer below. The latest installment of Ta-Nehisi Coates' Black Panther series is available now.