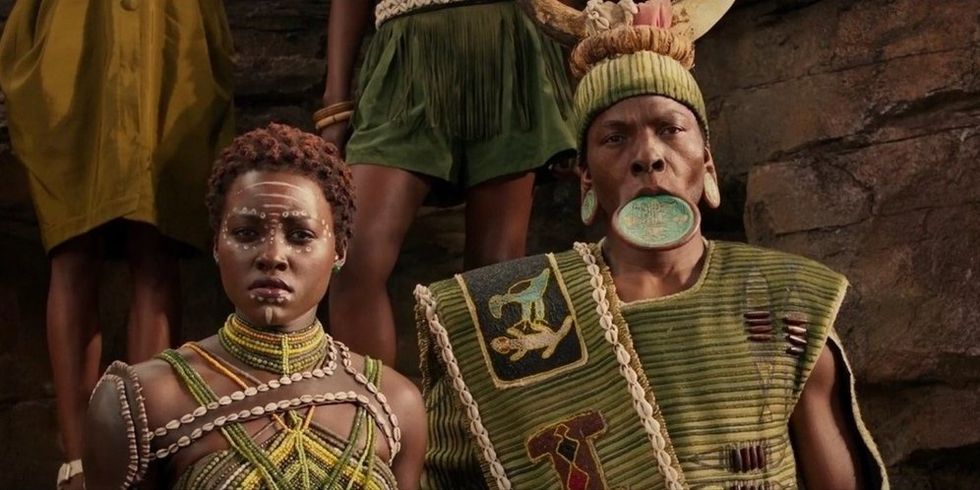 Wakanda will be back on the big screen next month.

We'll get to experience the magic of Black Panther on the big screen once again this February, as the film is headed back to theaters in celebration of Black History month.

Disney announced on Monday, that the groundbreaking, Ryan Coogler-directed movie will head to select AMC theaters for one week starting on Feb 1. What's even better, is that tickets for the showings will come at no cost.

READ: 10 Incredible Things About 'Black Panther' You Might Have Missed

"Almost a year ago, movie-lovers were transported to Wakanda, and the guest response to 'Black Panther' was unlike anything our industry has seen before," Adam Aron, CEO and president of AMC said in a statement. "AMC is excited this best-picture nominated film is once again accessible on the big screen at AMC. We are also pleased to play a constructive role in Disney's generous support of Black History Month."

Black Panther, which racked in over a billion dollars at the box office, made a big splash on Sunday when it won the coveted Outstanding Performance by a Cast Award at the SAGs. The Black Panther himself, Chadwick Boseman gave an unforgettable speech when accepting the award, crediting much of the film's success to its "young, gifted and black" cast.