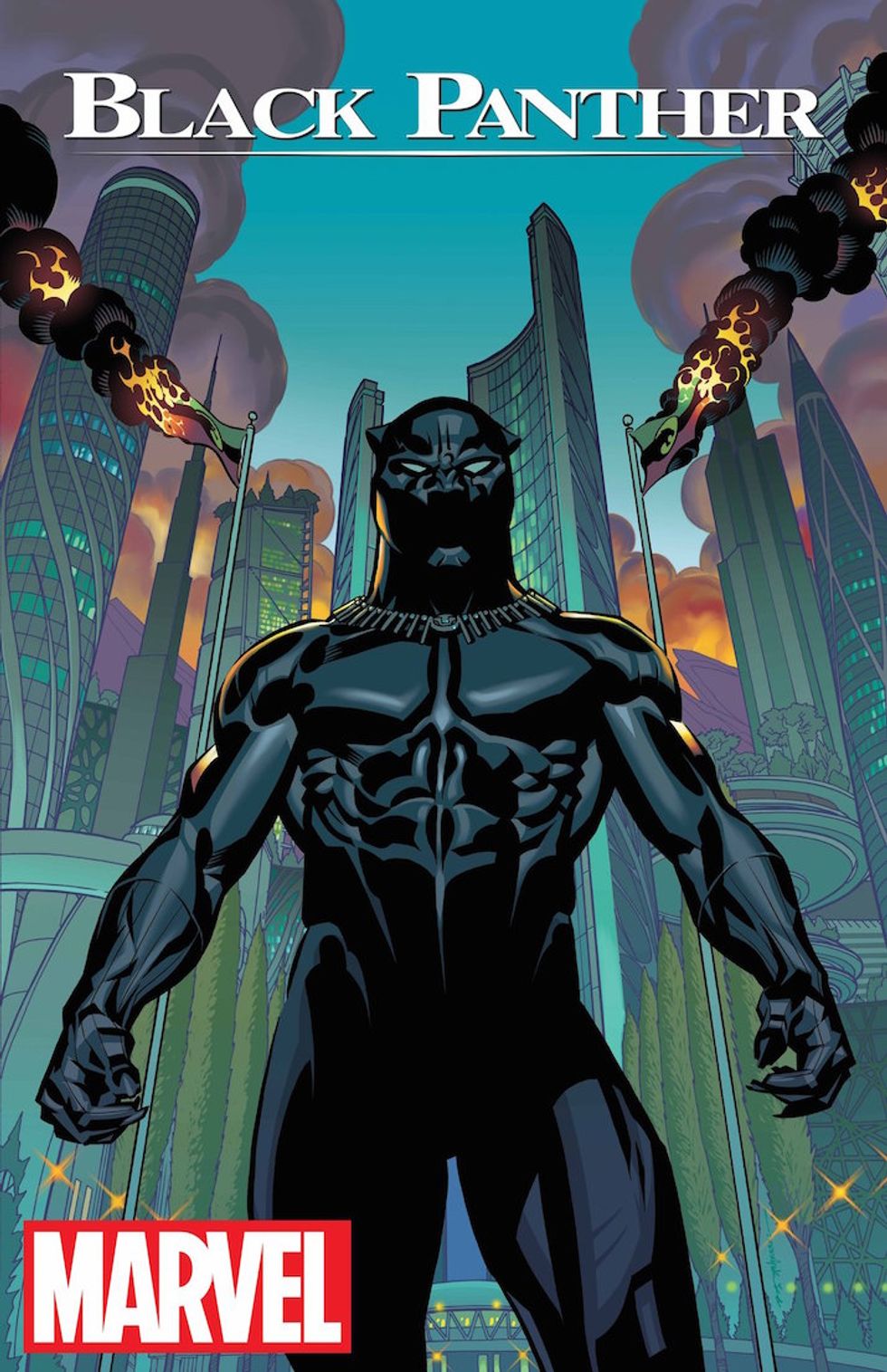 Marvel is teaming up with novelist and columnist Ta-Nehisi Coates and illustrator Brian Stelfreeze for the next Black Panther comic series.

The cover of Black Panther No. 1, to be published next year, drawn by Brian Stelfreeze. Credit: Marvel Entertainment

One of the leading voices in contemporary race debates will soon lend his voice to another influential figure.

According to The New York Times, Marvel Comics has hand-picked The Atlantic columnist and Between the World and Me author Ta-Nehisi Coates to write the Black Panther comic book series scheduled for spring 2016. The partnership reportedly grew out of a May 2015 interview between Coates and Marvel director Sana Amanat about diversity and inclusion in comic books.

With Coates penning the yearlong storyline, "A Nation Under Our Feet," and Brian Stelfreeze illustrating, the series will find Black Panther "dealing with a violent uprising in his country set off by a superhuman terrorist group called the People," the Times reports.

The Marvel hero, who was first introduced to readers in 1966, hails from the fictional technologically-advanced African nation of Wakanda and has been credited as the first Black superhero in mainstream American comics. "He has the baddest costume in comics and is a dude who is smarter and better than everyone,” Axel Alonso, the editor in chief of Marvel, told the Times.

A Black Panther film starring Chadwick Boseman is also slated for 2018, although fans will be able to catch the famous fighter much sooner in next year's Captain America: Civil War.