The Black Panther Party Turns 50: We Take A Look Back At The Panthers' African Embassy 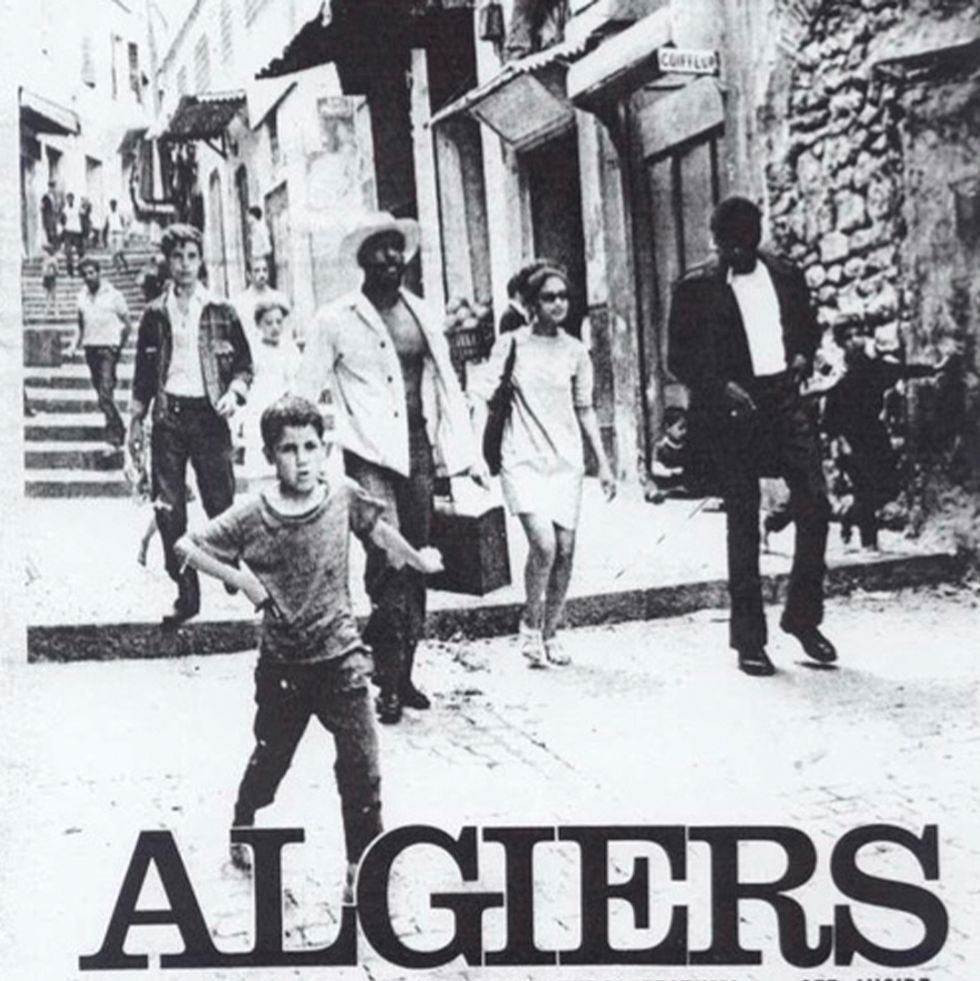 Amid a government crackdown, Black Panther leaders were welcomed to Algeria where they opened an embassy.

Last month at the 50th Super Bowl, Beyoncé and her entourage of amazing dancers performed while wearing outfits that resembled the radical chic of the Black Panther Party: afros, berets, and leather—all black everything. The performance sparked condemnation, praise, and approximately fifty thousand articles on the subject. Coincidentally, 2016 also marks the 50th anniversary of the Black Panther Party itself, a political organization founded by Huey P. Newton and Bobby Seale in Oakland, California.

The party quickly spread within a few short years, opening dozens of chapters across multiple U.S. cities, bolstered by the international campaign to free Huey P. Newton who was charged with the murder of Oakland Police Officer John Frey. Newton was convicted of voluntary manslaughter yet eventually released after the conviction was overturned.

What is largely unknown is the history of the Black Panther Party’s short-lived embassy in Algeria.

One of the parties most known and vocal leaders was their very controversial Minister of Information, Eldridge Cleaver. Cleaver was noted for his extreme radicalism (and being a rapist). His fiery rhetoric included the position that Black Americans should pick up arms and begin a guerilla war against the U.S. government. Invited to speak on Radio Hanoi by the North Vietnamese he urged Black soldiers to kill their commanding officers.

Just two days after Martin Luther King Jr. was murdered in Memphis, Tennessee while organizing sanitation workers, three cars filled with armed Panthers stopped in West Oakland so that Cleaver could urinate. The night ended with seventeen year old Bobby Hutton, the party’s treasurer, being shot twelve times by police. His hands were up.

The murder of Bobby Hutton fueled outrage and indignation. Stokely Carmichael, Betty Shabazz, James Baldwin, Ossie Davis, Norman Mailer, and others made comments condemning the shooting. His funeral was even attended by the famed actor Marlon Brando who spoke at the gathering.

Cleaver fled the law, clandestinely travelling to Cuba and re-appearing in public view in Algeria.

Algeria had recently won independence from decades old French colonialism after a long and costly struggle led by the National Liberation Front. Houari Boumediene was to become the country’s second president after a coup deposed President Ahmed Ben Bella. President Boumediene was, understandably, an anti-colonialist who strongly believed in forging and maintaining unity among African nations.

Boumediene went down a socialist path and instituted a state planned economy. He nationalized the oil industry, much to the horror of French capitalists. He used this new revenue stream to fund the industrialization of the country. Under Boumediene, Algeria became a hotbed for revolutionaries and anti-colonial fighters from across the world. He felt that it was Algeria’s duty, having come out of colonialism, to aid others who were fighting that battle. Boumediene served as the Secretary General of the Non-Aligned Movement and as chairman of the Organization of African Unity.

The Panthers, to much fanfare, talked about their position as the vanguard of the American revolution, their struggle for racial and economic equality and their ultimate goal in overthrowing the U.S. government and capitalism.

Cleaver’s radical position and call for insurrection drove a wedge between the party leadership back in the states, many whom, Newton included, strongly disagreed. Harshly worded and antagonistic letters were falsified and sent to Cleaver and Newton by the FBI as part of the COINTEL program, serving to exacerbate this divide. It was to be the beginning of the end for the Black Panther Party.

An interesting documentary from the period is available for viewing on YouTube. It documents Eldridge Cleaver and the Panthers’ time in Algeria. It’s a fascinating time capsule into a period of pronounced struggle and solidarity.

In the spring of 1970 the Black Panthers were given status as one of twelve liberation movements that the Algerian government supported in their struggle to overthrow their home governments. Others included movements in Brazil, Guinea-Bissau, Palestine, Mozambique, Rhodesia, and South Africa. The Panthers were the only Americans recognized by Algeria as legitimate representatives after it cut off diplomatic ties with the U.S following the Six-Day War. The Panther’s official status granted them entrance and exit visas for guests, official identity cards, and a monthly stipend.

A shifting and volatile political situation and comments made by Cleaver that rubbed the Algerian government the wrong way led to the eventual dismantling of the Black Panther embassy in the country.

Eldridge Cleaver eventually returned to the United States to face his outstanding charges in court stemming from the 1968 shootout. Cleaver eventually became a Republican and Ronald Reagan supporter, doing a complete 180 in his political views. A May 1980 New West article aptly accused him of having “Souled Out."