The Beauty and Complexity of the Black Experience Explored in Johannesburg 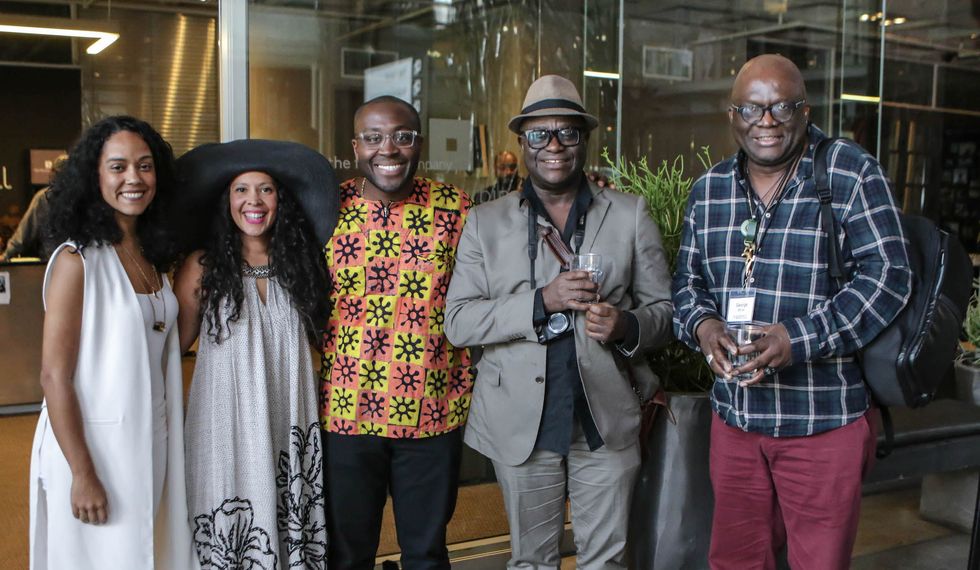 Black Portraitures III explored the beauty and complexity of the Black Experience over the course of three days in Johannesburg.

It is the year 2016. The first black President of the United States is replaced by an über-capitalist of the white right. Johannesburg is still smouldering from weeks of student protest and shutdown of its universities. And a conference of black academics and artists mostly from the States with a smattering of Africans descends on the city.

Black Portraitures III was held at Turbine Hall in Newtown from November 16th to 18th. The conference contained many conversations, but most importantly posed critical questions, like; What is Universal Blackness? Can we be free while capitalism continues? Is a democracy really a sustainable form of governance? And where are we going? No one has the answers, but it's nonetheless a worthwhile experience to sit and unpack these questions and try come to grips with an uncertain future while appreciating ourselves and what we can share and learn.

This world has blackness somewhere in the space between racial classification and liberation. We, the dark-skinned of the world, exist in a diversity of nationality, ethnicity, history and language. Black Portraitures III highlighted the beauty and complexity of the black experience. Just a look around was a flash of a million shades of brown and a challenge to the racial logic that many societies suffer from.

One of this conference’s successes was in presenting an image of blackness that cemented the theories of Black Consciousness—blackness has less to do with skin colour and more to do with a way of being. And right now blackness means a million things, including, but not limited to, other-than-white. Right now, blackness means we have been marginalised by society because we are not white and male. Right now it means we do not fuck with white supremacy and want to be aligned with the righteous truth that we are all equal and beautiful as human beings.

Growing up in post-apartheid South Africa, America represented a land of freedom and opportunity. And while this image was being pushed by the incredible force of American mass media it concealed the reality of the United States; a police state, set on the genocide and incarceration of black bodies. African Americans are a people under siege from the state that stole their ancestors from this continent. And it took social media for the world to pay attention.

It is in that space of social media that lines and connections were being redrawn between African America and the African continent. And the similarities between post-apartheid SA and the U.S. are startling—the racism, the economic oppression, the erasure of black womxn. Yet there are tensions and contrasts as well. We cannot compare atrocities. It is what it is. We are still here and are creating new worlds, new words and new ways of being. Through art and activism and resistance with ever-evolving instruments.

“The arts are still one of the greatest conduits for truth.”

These words were spoken by Larry Ossei-Mensah, the co-founder of ARTNOIR, after pulling off the weekend’s most well-attended panel. Art has been one of blacknesses’ greatest contributions to society. This part of our culture has been carried throughout the globe by the black bodies of Africa and the Diaspora and is part of how we address the issues that we face as a people. Black people and the art we create highlights how rich and powerful it is to be of African descent. It is an instrument we use to heal and unify. Embodied by the great entertainers, writers and artists that have sprung from blackness. And the colour and creativity that is imbued in black life.

One of the participants on the ARTNOIR panel, Mpumelelo Mcata, put forth that “Blackness includes all those brutalised by the racism, patriarchy and homophobia that pervades our world,” and then added, perhaps idealistically, “all the others of the world might unite in their struggles to oppose our common enemy—capitalism.” Capitalism is a project that will see our species and world become extinct. It is a monster pervading almost all parts of the world. And we have yet to find a workable solution or alternative.

We are aware of the terrible and painful past and the present weighs on us. As people of colour within the privileged spaces of art and academia, we have the potential and power to positively impact our communities and effect change in the future.

“If we can rewrite the meaning of blackness at the general level, we can do it at the racial level as well,” said Lina Viktor, a visual artist whose work presents blackness through a regal and powerful lens. Viktor places black in a context of wealth and richness, reflecting the prosperity of pre-colonial Africa while also presenting the possibility of transcending race in the future. So called common knowledge is filled with negative associations of blackness but, through her work, Viktor demonstrates that we have the tools to re-present what blackness means. And the internet has given us the room to do that at an incredible scale.

Much of the conference addressed the power of the internet to rectify the stereotypes about life while black. During a particularly powerful panel, Jenna Wortham highlighted this phenomenon. Using the closure of Vine as an example, Wortham also presented a challenge: because we don’t own the internet, and its makers might not care about its importance in rewriting the story of blackness, we have little control in how our content is shared and stored. Another critical point, begging the questions, “What are we going to do? And where are we going?”

We will formulate these answers as we walk through life and resist and create and connect and love. When we are free, we will feel united in being humans and know what Africans have always known, that being human is a shared experience and the well-being of all other people is in all our interest because we are equal members of this global community. This philosophy provides an organisation of society based on sustaining life rather than exploiting it. This is a tenet of Ubuntu, of being human, in the African perspective. And just as the wealth of the world came from Africa, perhaps the answers we seek will come from here too.