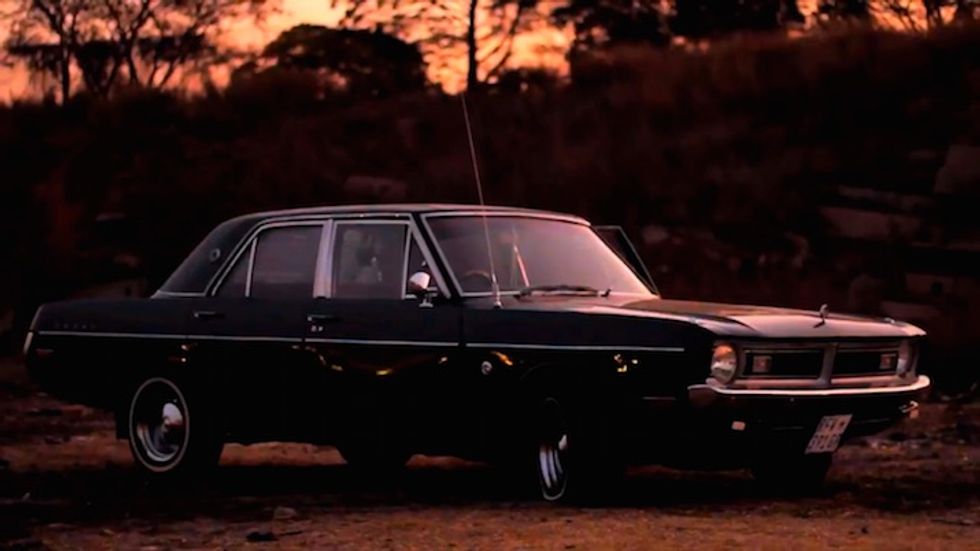 Mpumelelo Mcata, the guitarist for South African underground rock outfit BLK JKS, has completed his first feature film Black President, an 86-minute production that premieres at the 65th annual Berlinale film festival on February 7. The film, which follows the plight of young Zimbabwean artist Kudzanai Chiurai,  concentrates on the notion of 'black guilt.' As its press release states, the feature "question[s] the responsibility of African artists in an ever more globalised universe, where we maybe find ourselves 'playing catch up' to the West as opposed to following our own paths... How much do these complexes and relationships to the ghost of our continent’s violent collective history of oppression, exploitation and struggle haunt us? Is there such a thing as Post Colonialism or indeed Neo Colonialism if Colonialism never ended in the first place?"

Mcata explained his reasons for trying out filmmaking in an e-mail to Okayafrica, "I’ve always associated making music with images, moving images, stories and light of all sorts, so in a sense I’ve been interested in, and making film for a while — music videos are after all how I arrived at my deep love for sound, so this is the next logical step.” Watch the foreboding trailer for Black President, featuring shots of a bullet-ridden car and blood-stained windows, below and read an excerpt from the film's synopsis.

In BLACK PRESIDENT, The White Queen (a character from one of Kudzi’s pieces) personifies the idea of an externalised and internalised Quasi Colonialism when she first appears in a work by Kudzanai Chiurai and then steps out of that frame and into the world of the film.

She soon goes rogue and irritates everyone around her while trying to buy up every African person and object she sees.

How will this end?

When will we Africans stop shooting ourselves in the foot to prove a point about our own agency in relation to the so called Western standard?

Will we the Africans ever rid ourselves of this load?

When will we lynch these ideas?