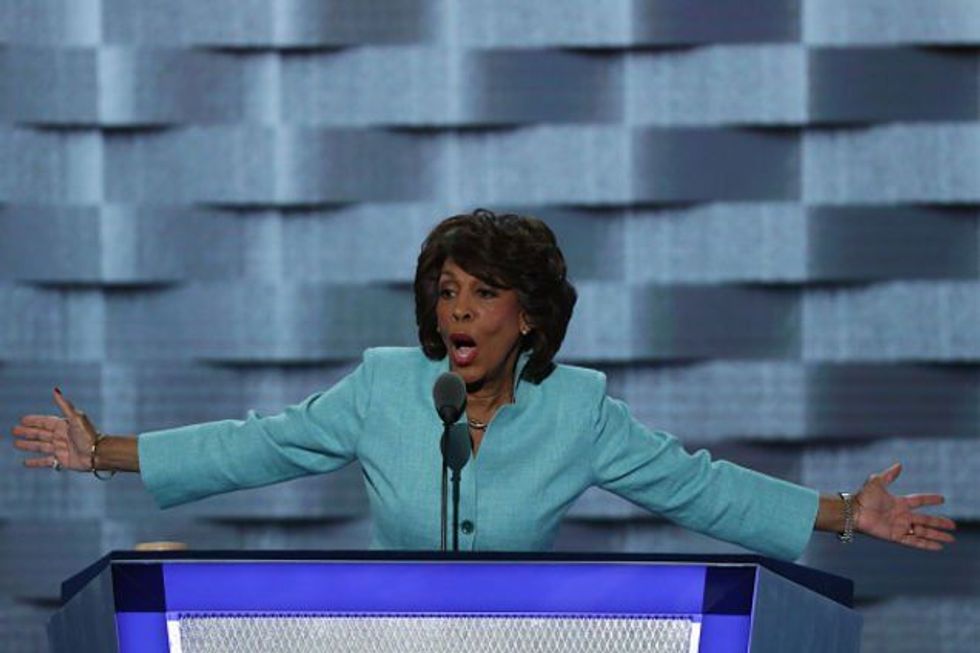 Black women are taking to Twitter to tell their stories about dealing with racism at work.

Here is yet another example of why Black Twitter is a national treasure:

Bill O' Reilly was being his usual "ain't shit" self on Tuesday, during an episode of Fox & Friends, when he slighted Congresswoman Maxine Waters over a comment she made about the lack of true patriotism amongst Trump supporters. "I didn't hear a word she said. I was looking at her James Brown wig," he said in a failed attempt at humor.

His offensive comments, intended to discredit a highly accomplished black woman based on her appearance—as well as another incident in which White House Press Secretary Sean Spencer told April Ryan, the White House correspondent for American Urban Radio Networks, to "stop shaking her head" during a press conference—have sparked a conversation on social media about the racism that black women face in the workplace.

Several woman have taken to Twitter to share their experiences, using the hashtag #BlackWomenAtWork, and are helping create dialogue around the all too common issue.

#BlackWomenAtWork . Stop asking us are we mad because we are not walking around with a goofy grin just to make you feel comfortable.

#BlackWomenAtWork Where commanding respect is considered 'having an attitude'

If we had a dollar every time someone asks about our hair, we could reduce the racial and gender pay gap #BlackWomenAtWork

These #BlackWomenAtWork hashtags got me over here hotter than fish grease. 140 characters ain't enough pic.twitter.com/oQdUbUMLMZ

Some of these are just TOO real.

That feeling when you know you'll always have to be twice as good to maybe get half as much #blackwomenatworkpic.twitter.com/sA4dt1FRFN

#BlackWomenAtWork are paid less, asked to do more, are constantly antagonized, and then called angry/abrasive for setting boundaries.

Me: *makes a suggestions in meeting*

A white: *Says same exact thing I just did

Where are the lies? Oh yes, there are none, because this is what black women are forced to deal with daily.

#BlackWomenAtWork I corrected a white female coworker, she cried, we ended up in a meeting with management. Mgr said "be nicer if you can". pic.twitter.com/FMDNROIHw2

The white man colleague who told me to "use what I've got" when another white man-a donor- hit on me in a meeting. #BlackWomenAtWork

Celebrities, and even Waters herself got in on the action.

Saluting my sisters telling their truth via #BlackWomenatWork. Onward for all of us. Queens, we can't be stopped. xo pic.twitter.com/8TyUsZv784

I am a strong black woman. I cannot be intimidated, and I'm not going anywhere. #BlackWomenAtWork

#BlackWomenAtWork isn't the only viral conversation that's taking place around the matter. #StrongBlackWoman is an acknowledgement of our resilience. Being a #StrongBlackWoman doesn't mean we're superhuman or that we have a shield that protects us from constant demeaning. It doesn't help to limit our experiences to the single "strong" and "black" narrative,  but it certainly doesn't hurt to recognize our #BlackGirlMagic every now and again, especially when folks try to come for it.

My strength comes from my resilience AND vulnerability. It's in both my laugh and my cry. It's not limited to a stereotype #StrongBlackWoman

@blackvoices@MaxineWaters everyday we are faced with stereotypes esp in corporate white America but I persevere. #strongblackwomanpic.twitter.com/X2O2EKejVE

@blackvoices@MaxineWaters "My value doesn't decrease based on someone's inability to see my worth." #strongblackwoman#StillStanding? pic.twitter.com/g70y5CztX8

Tired of enslaved women's stories being forgotten. Dedicating my life to giving them a voice. #StrongBlackWoman#GenealogyPBS#ancestrypic.twitter.com/kjQs9ulhYP

@MaxineWaters is the epitome of "when they go, we go high"???? #StrongBlackWomanpic.twitter.com/AZWu0tw4LK