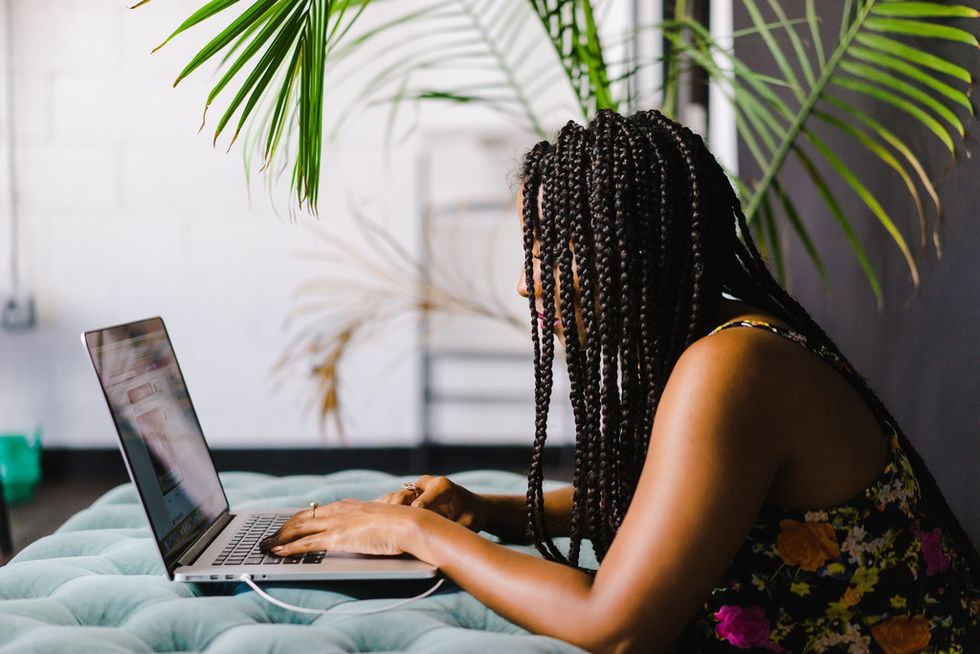 This divide applies to women in all fields. According to a report from the National Women's Law Center, a black woman stands to lose over $800,000 throughout the span of her career under the current wage gap and up to $1 million in certain states.

These discrepancies are astounding and they affect the everyday lives of black women who are often the financial backbone of their families, yet according to the Huffington Post, only 1 in 3 Americans are aware of it. "Equal pay is not about getting what's fair, but about getting compensated for the value and expertise we bring to the workplace," Lisa Skeete Tatum, CEO and founder of career guidance platform Landit.

Not only do black women face salary discrimination, but they are often subject to prejudice and microagressions in the workplace. Last year, the Twiiter hastag #BlackWomenatWork was created to address these issues and allow black women to share their stories.

Black Women's Equal Pay Day is intended to combat this, and is a day to remind and inform people about such injustices against the livelihoods of black women.

Much like previous years, many black women have taken to social media to share their experiences and demand folks to "give us our money," using the hashtag #BlackWomensEqualPayDay.

The only thing I have to say in regards to #BlackWomensEqualPayDay is that the disparity is especially known as a f… https://t.co/qfvI07YhrR
— Nneka M. Okona 🇳🇬 (@Nneka M. Okona 🇳🇬) 1533645092.0

Let's tell stories for #BlackWomensEqualPayDay. A few years ago, I was part of a storytelling project that contra… https://t.co/BCEMHXYvO6
— Janelle Harris (@Janelle Harris) 1533646536.0

Today is #BlackWomensEqualPayDay For all my sistas, let’s get this money 🌙 https://t.co/tNjOb26SIm
— Carrie Blackshaw (@Carrie Blackshaw) 1533647110.0