It's Blackface Day in the Netherlands 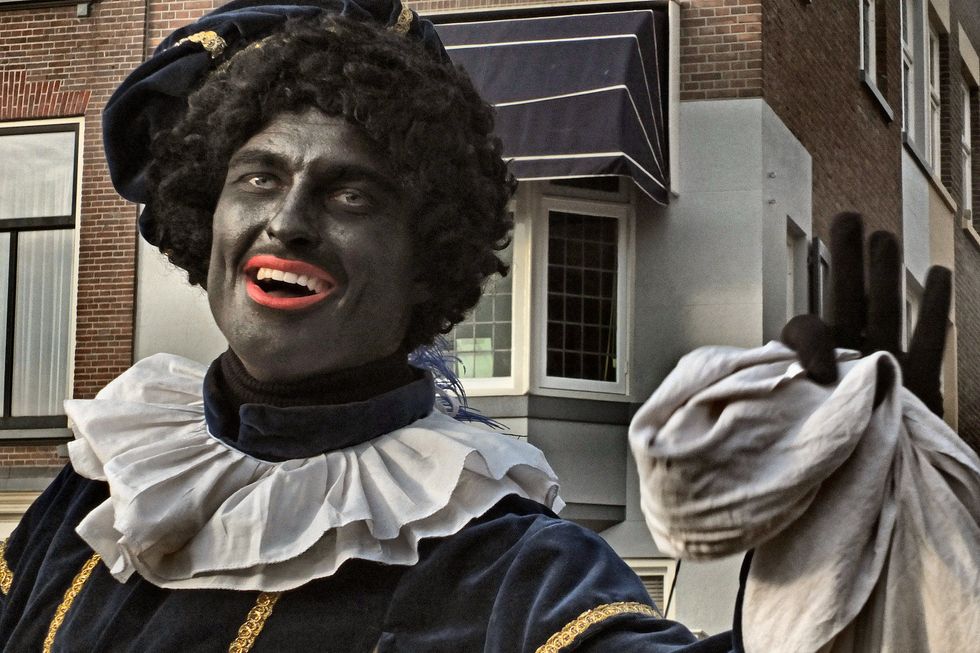 This year in the Netherlands, a black politician named Sylvana Simons has faced a vicious backlash after criticizing the Zwarte Piet celebration.

Every year bad Dutch boys and girls can expect a visit from Dutch Santa, or "Sinterklaas" who will spirit them away to his lair in Spain where he will commit unspeakable evil. At least that's how many in the Netherlands and Belgium celebrate December 5th. All in good fun, right?

Because Dutch Santa does not kidnap you himself. He has a "servant" of sorts named Zwarte Piet or Black Pete who holds the bag in which the children are stashed. A concept introduced in 1850 during a particularly nasty time in Dutch colonial history, Zwarte Piet is celebrated today on the streets of Amsterdam and other cities by white people with their skin blacked up, big red lips, afro wigs and ridiculous hoop earrings.

Needless to say, many Dutch people of African and Antillean descent find this tradition deeply hurtful and have voiced opinions about the need for new traditions that don't actively denigrate the many non-white Netherlanders. In the past people who've protest Zwarte Piet have been treated brutally.

This year in the Netherlands, a black politician named Sylvana Simons has faced a vicious backlash after criticizing the Zwarte Piet celebration. Simons is a former TV presenter who has long criticized racist and colonial aspects of Dutch culture.

According to the BBC:

But it was her criticism of the traditional festive character known as Black Pete that unleashed a backlash of death-threats and misogynistic, racist abuse, which quickly escalated from unpleasant to outright shocking.

A video popular in Dutch cyberspace portrays the politician as being lynched from a tree while other personalities have compared her to a monkey. This kind of backlash is apparently not new.  According to Quinsy Gario, a Dutch activist who has been arrested for protesting the tradition.

"There is a history of black politicians being harassed and told to shut up," he says.

"Everything that deviates from 'white behaviour' is seen as threatening and something that needs to be expunged in the most vicious wording possible.

"The difference with the US or Britain is that these hate groups have until now been clandestine, in the Netherlands white supremacist hate has always been open and collective."

Sadly this may not exactly be true of the United States, but one thing is clear: Black Pete is far more than the cuddly children's tradition its proponents frame it as—it's the normalized face of the Netherlands' brutal colonial past and for the sake of everyone would be better off expunged from Dutch life.

Want to learn more? See Vox's rather informative video on the roots of tradition, below.