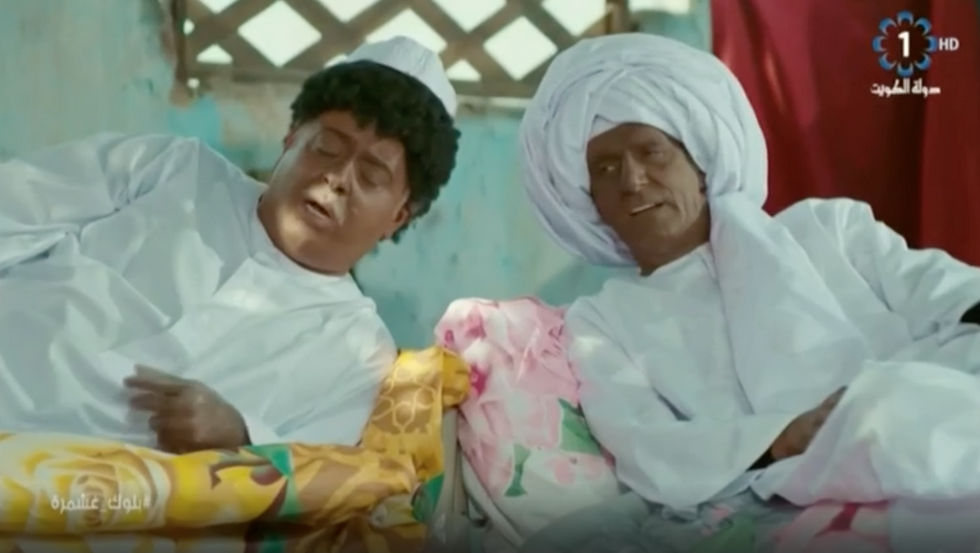 "Block Ghashmarah" is receiving backlash for its depiction of Sudanese stereotypes with actors in blackface.

An episode of Block Ghashmarah, a Kuwaiti comedy television show, honed in on the stereotypes of Sudanese people while depicting them in blackface, BBC Africa reports.

If the series is capable of showing us one thing, it's that it encapsulates the racial issues Africans face in the Middle East.

Block Ghashmarah stars actors in blackface who embody "lazy," Sudanese people who lay around and talk all day. What makes it more unbearable are the characters' exaggerated use of the infliction "ahh" in nearly all the dialogue.

As reported by BBC Africa, Waleed Abdulhamid, a Sudanese music teacher at Humber College in Toronto, spoke his peace, joining the outcry of Sudanese people against the nature and existence of the show.

The show began its airing during Ramadan, a practice which capitalizes on peace, community and charity. Yet this show has managed to highlight division with its negative portrayals of Sudanese culture, as well as other cultures around the world, including the African diaspora. Although the show has seen some support, such support has been challenged with much opposition.

Hasan al-Ballam, an actor on the show, has defended the show but later apologized for any offense he may have caused. The question is, can any apology be enough anymore to excuse such productions and warrant the continuation of the show?