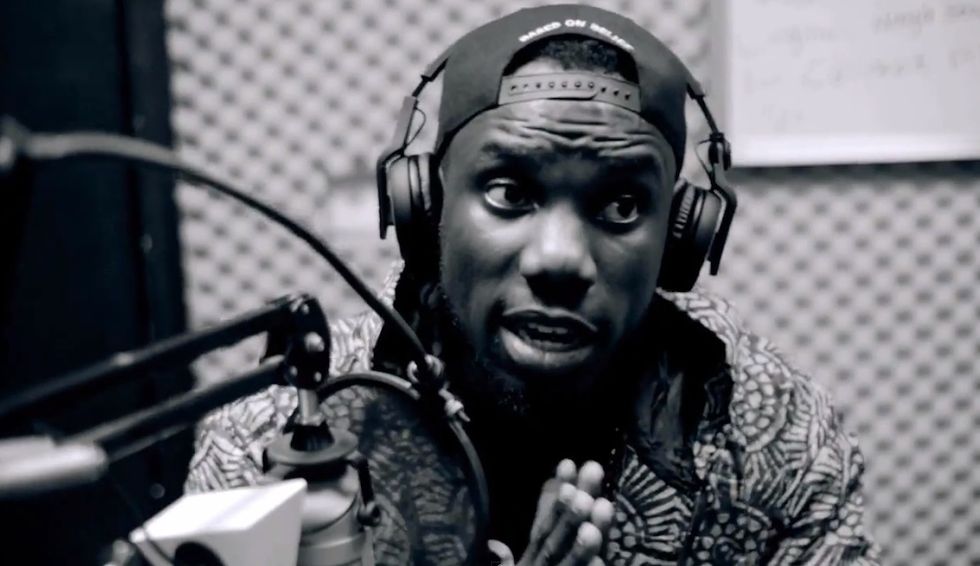 Nigeria's ThreeWiseMen rapper Blackmagic hits us with the video for 'Pass You By' featuring 'Double Wahala' crooner Oritse Femi.

ThreeWiseMen rapper Blackmagic earned a spot on our Top Nigerian Songs of 2013 list with his smooth, trumpet-backed “Repete." It was around that same time in December that he released his sophomore album (and first since leaving Syndik8 Records), Version 2.0. Album standout "Pass You By" is a slick victory lap/thank you note backed by soulful pipes from Oritse Femi, who comes through with a strong follow-up to his Fela tribute "Double Wahala." Unveiled this week, the black/white video intersperses glimpses of an in-studio radio session and a not so subtle emphasis on Blackmagic's new #B.O.B. Based On Belief label. Watch the "Pass You By" video and listen to the radio edit (which you can download here) below.