Who Should We Blame for Slavery in Libya? 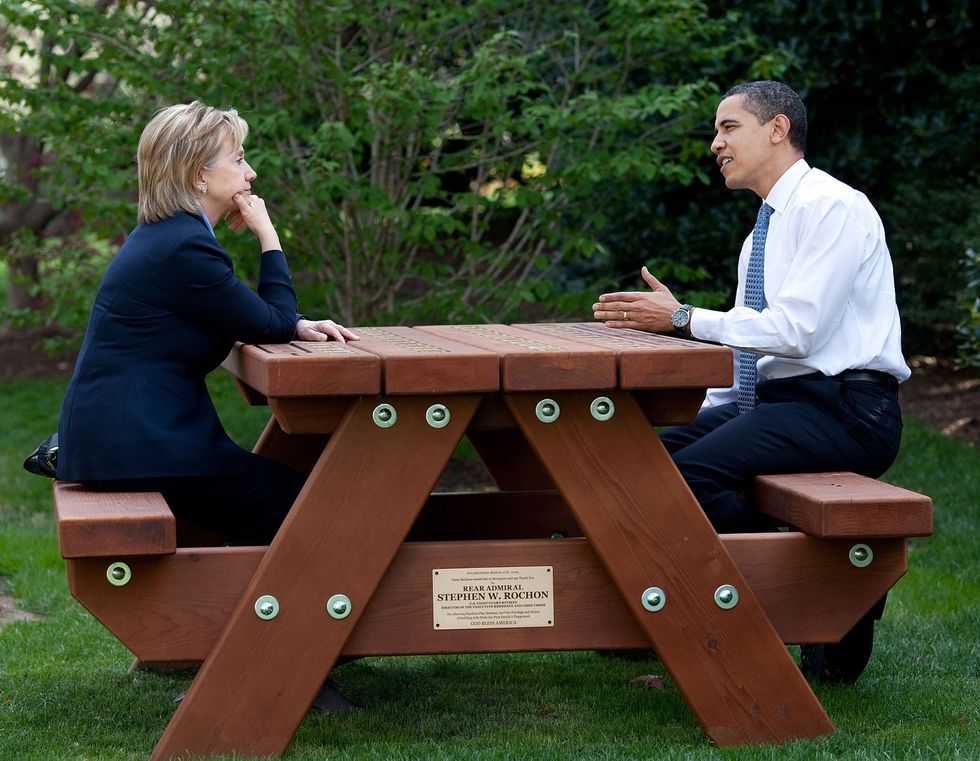 Obama has said Libya was his "worst mistake." Africans are paying for it with their freedom.

The reports have been out there for months—African migrants in Libya are being sold as slaves in open-air markets. But it only reached the wider public consciousness recently after CNN obtained video of humans being auctioned off like cattle in an undisclosed part of Tripoli.

While the situation is multifaceted and difficult to parse, some people are certainly more to blame than others—the Libyan slave dealers, of course, and the people that allow such monstrous acts to happen on their watch. But as I write from the United States, it's appropriate to point fingers at the guilty parties closer to home—the architects of America's Libyan intervention which overthrew the MoammarGadhafi regime and intensified Libya's descent into the chaos from which it has yet to recover. I'm talking about Barack Obama and Hillary Clinton.

Obama has called the follow up to America's Libya intervention "his worst mistake" pointing out that they had utterly failed to plan for what happened after Gadhafi's removal. According to the Atlantic, he's been known to refer to the whole Libyan episode as a "shit show." To be clear, he's not sorry for leading the NATO regime change squad, just the inaction afterwards.

Then Secretary of State Hilary Clinton, purveyor of hawkish nonsense like, "We came, we saw, he died," has been less contrite defending the move during her presidential campaign as "offering help." And while Clinton became the focus of right-wing conspiracy theories around the Benghazi embassy attacks, her real legacy is in pushing hard to convince skeptical members of the Obama administration that regime change in Libya was necessary even as the American disasters in Afghanistan and Iraq loomed in the background.

A screenshot from a Libyan slave auction video obtained by CNN.

The logic of "humanitarian intervention," the 21st century's focus-grouped term for imperial plunder, is hard to counter but it must. While it's possible that the United States could someday operate a foreign policy based on humanitarian interests, it's clear from the evidence that these military excursions have almost nothing to do with "helping" and everything to do with the hard foreign policy interests of the world's only military superpower.

While anti-black racism in Libya is a given, full-blown racialized human trafficking was not part of Gadhafi's Libya. For all his faults, the colonel worked hard to position himself as an African leader and this meant a society that was at least superficially open to those with Sub-Saharan origins.

So who is to blame for the open practice of slavery in Libya? Well, the slavers obviously. But we must also acknowledge how the American habit of committing to violent regime change in the global south—a doctrine embraced by all sides of the American political establishment, is a vicious cycle of plunder and death with decades or even centuries of brutal consequences.