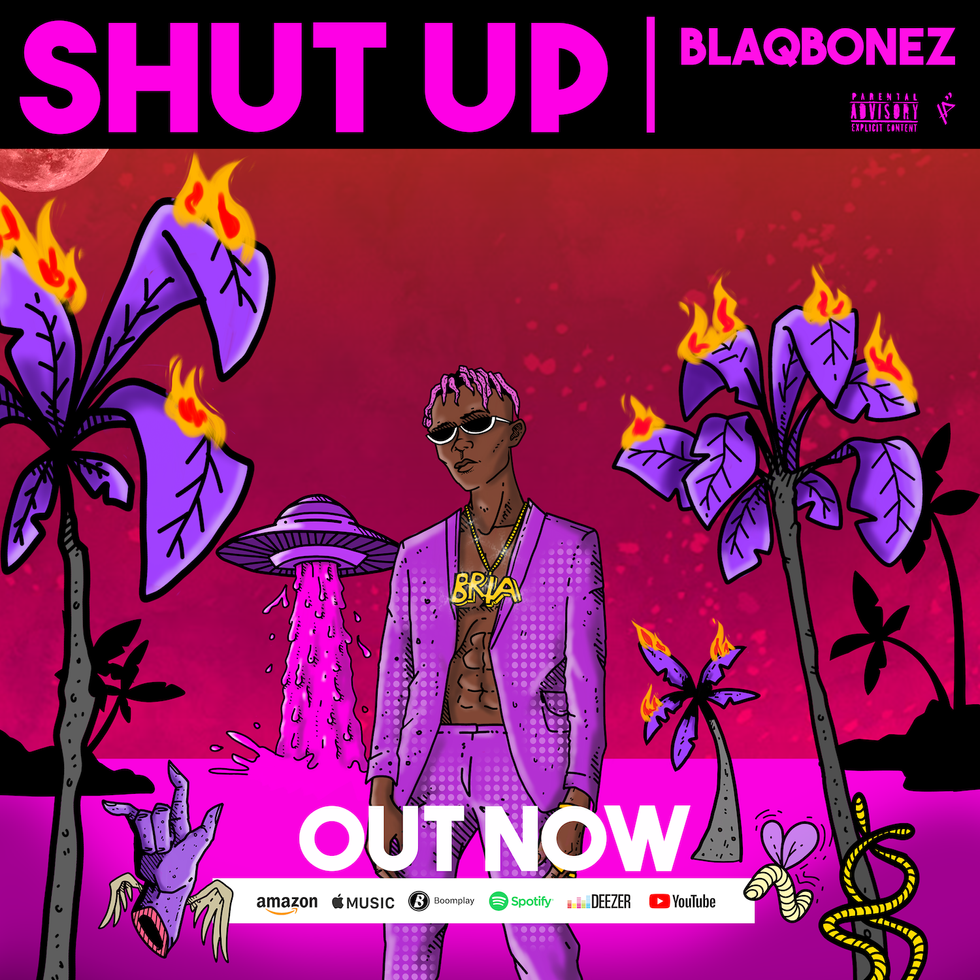 A new single from the self-appointed Best Rapper in Africa.

Nigerian rapper Blaqbonez—whose debut album, Bad Boy Blaq, we dubbed one of last year's most accomplished releases—comes through with his new single, "Shut Up."

The new single is a strong dose of braggadocious rhymes from the 100 Crowns and Chocolate City rapper, all laid over a head-nodding beat by Tempoe that straddles dancehall and afro-fusion influences.

The boastful track can only be expected from a rapper who has been the subject of a lot of talk for his self-appointed Best Rapper in Africa title. The rapper, who's also known for his use of funny clips to promote his music, literally took to the streets of Lagos to promote this new single.

"Shut Up" comes ahead of Blaqbonez' upcoming Mr Boombastic EP, which is set to drop in October. You can revisit his addictive debut album Bad Boy Blaq here and his more recent music video for "Mamiwota" with Oxlade.

Get into the new single, "Shut Up," below.

Update 9/24/19: Watch Blaqbonez' new music video for "Shut Up." It was directed by TG Omori and features some eye-catching scenes of the rapper performing on top of a moving car and of his crew riding motorcycles in dresses. Check it out below.