You're Going to Have Blinky Bill's  'Showdown' On Repeat 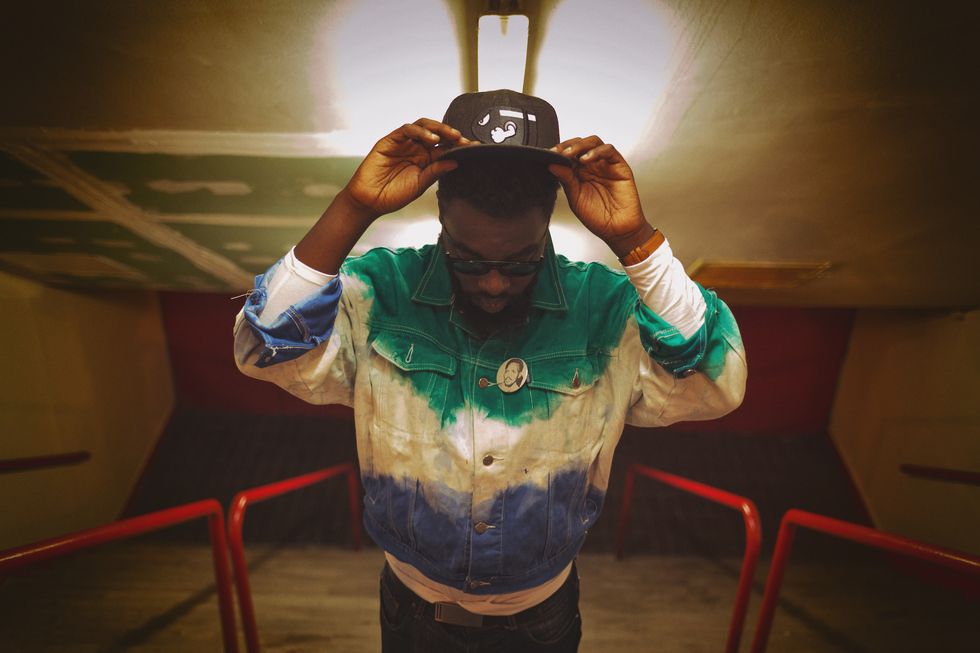 Watch our premiere of the new video for "Showdown" featuring MVROE and Kiwango.

Kenya's Blinky Billis gearing up for the release of his long-awaited album, Everyone's Just Winging It And Other Fly Tales, due October 19.

The new solo record will see the former Just A Band member delivering 12 self-produced tracks that are as diverse and rich as the contemporary Nairobi scene. It will feature collaborations with the likes Petite Noir, Sampa the Great, and others.

One of those album highlights is "Showdown," a hypnotic new single that pairs traditional Kenyan percussion with head-nodding bass synths. The song sees Blinky Bill linking up with new Nairobi acts MVROE of EA Wave and Kiwango of Cosmic Homies.

The new music video, which we're premiering here today, follows Blinky Bill and a group of his friends to a hotel lobby in Nairobi, where they all mime over his track.

"The song Showdown came from experimenting with bass sounds in studio," Blinky Bill tells OkayAfrica. "I love how Busta and Missy used to make songs that referenced African percussion and I wanted to make something in the same spirit but with my own vibe, that bridges African drum and bass that I've heard in the countryside and how that links to electronic music."

"Plus, I had been making a lot of music that is heavy and political lately and I wanted for this beat to make a song to make girls/women feel good about themselves and thus the casting of the lead ladies of the vid, just them having a good time."

If you're in London, you can catch Blinky Bill live alongside Dope Saint Jude on October 14.