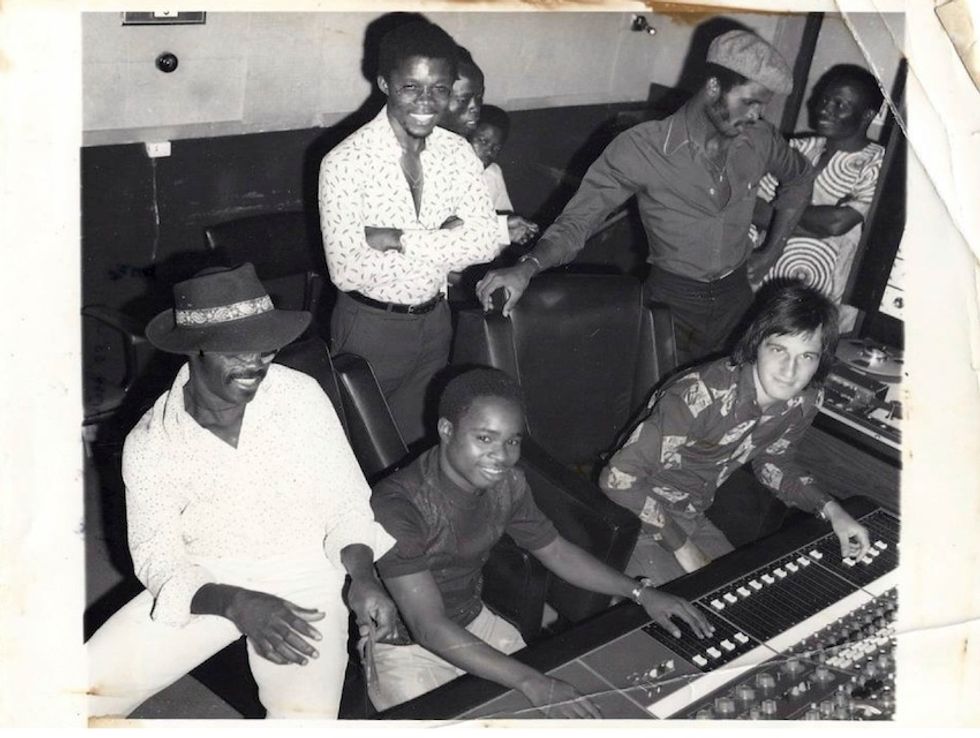 Just as we're gearing up for Luaka Bop's Onyeabor mania, another reissue courtesy of 1970s Nigeria might have to take speaker priority. Nigerian trio Blo is considered by many to be the first psych-rock band to emerge (whatever that means...) from the continent. Taken together, the names Berkely ‘Ike’ Jones (guitar), Laolu ‘Akins’ Akintobi (drums), and Mike ‘Gbenga’ Odumosu (bass) result in not only an acronym (Blo), but also a pioneering fusion in afro-psychedelic funk. The definitive Blo release Chapter One (1973, EMI) is now seeing new life as the latest Mr Bongo reissue, a real deal vibe in a world that can always use a bit more authentic psychedelia. Blo's Chapter One reissue is out now on Vinyl LP/CD via Mr Bongo. Listen to standouts below, including the particularly chilled "Time to Face the Sun," later sampled by LA-based producer Madlib.