'I’m Proud to Be Persecuted For the Truth:' Bobi Wine on the Fight for Freedom in Uganda 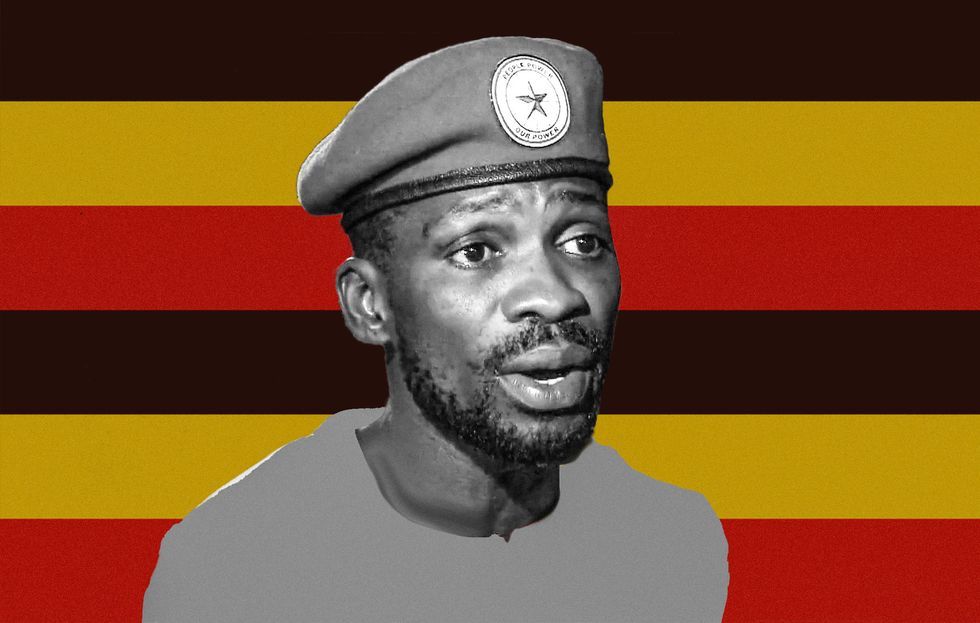 OkayAfrica spoke to the musician about his time in prison and what it means to be a freedom fighter as he awaits the results of his medical tests and prepares to return to Uganda.

Stories about the brave actions of revolutionaries can sometimes feel like chronicles of the past—cautionary tales of when the world was in such disarray that people had to step out in unimaginable acts of bravery to uproot corrupt systems. It's Toussaint Louverture leading a group of enslaved Haitians against stiffly armed French colonizers, it's Winnie Mandela being forced into a precarious life of fear and isolation for daring to oppose the apartheid regime, and Fela Kuti watching as Nigerian military juntas dropped his equally revolutionary mother, Funmilayo Ransome-Kuti to her death from a three-story building.

The story of Uganda's "Ghetto President," musician and opposition lawmaker Bobi Wine reminds us that the struggle is very much here and now—and that the extreme valor of everyday citizens is what it will likely take to fight it. Since mid-August Wine, born, Robert Kyagulanyi, has been brashly and consistently persecuted by the Ugandan government, stemming from an alleged attack on President Yoweri Museveni's motorcade at a by-election rally in Arua, where they were supporting opposing candidates. The ordeal led to the musician being arrested and rearrested twice, and tortured while in military custody.

Since the alleged attack, Wine's driver was shot dead by Ugandan forces and 32 opposition leaders, many of whom still remain in custody, have also been arrested on charges of treason. According to the artist, some have sustained permanent injuries at the hands of officers. Ugandans who took to the streets for anti-government protests clashed with police forces who arrested dozens of people and dispersed tear gas and bullets on numerous occasions. All of this signifying a new phase of Museveni's attacks on the opposition.

Wine is currently in the US receiving medical treatment for injuries he sustained while imprisoned. OkayAfrica had the opportunity to speak with the artist over the phone about his current health status, his time in jail, his message for Ugandan youth, and what's next for him as he continues his fight. Read on for our interview with Bobi.

Damola Durosomo for OkayAfrica: How are you? I know you were supposed to receive your medical test results yesterday are there any health updates you can share?

I have actually not yet received my results. I was supposed to get them yesterday, but I was told they were not ready yet.

How are you feeling generally?

Yes, I am feeling better every day. I am not moving with two crutches anymore, I'm only moving with one. And I hope to start using a walking stick instead. So I'm physically getting better.

I'm glad to hear that. I'm also sorry about the loss of your friend Muhammad Kirumira. Do you have any words you'd like to share to honor him? Anything you'd like to say?

All I can say is that the tree of liberty is watered by the blood of the patriots. He was a great guy, he was so honest, he was so outspoken. He resigned and exposed the rot and the injustice that was in the police. And I believe he was killed for standing with the masses, for speaking out.

When you are sitting in a jail cell and you don't know your fate, what's going on with you mentally? How do you deal with that?

Well, it feels bad. My children got holidays, but I was not able to see them, and they are gonna go back to school, I won't be able to see them. It feels bad that I was tortured, its feels bad when I'm in a prison jail. But it gives me so much confidence to be in jail not as a robber, not as a criminal, but as a freedom fighter.

I know so many freedom fighters have been through the doors of jail, but again, they walked out free, and I know that truth wins always. I know that oppressed people cannot be oppressed all the time. I am always proud to be persecuted for the truth, and I know that a day will come when history is being written, and I'll be put on the side of those who stood for what is right.

I think that part of what the Ugandan government is doing right now is they're putting fear in the minds of people who want to speaking out against injustices. And they're using you as an example. What can you tell young people that want to join in the fight but are afraid of the possible repercussions?

Yeah, for the young people particularly in Uganda, I want them to be confident, to know that we are the majority. More than 85 percent of the population is under the age of 35, we are the majority—and we also know, that the people that we are supposed to be afraid of are actually more afraid of us. I know that they do all these things as a sign of fear—they're scared of us. So I continue to call upon the young people to stand firm and to know they cannot kill us all.

You've always used music as a social tool against the wrongdoing of the government. Do you plan to return to music anytime soon for the same purpose?

I am a musician before anything else and I will always be a musician, because music is my first love and it's my last. I have said it before that I am not a politician, but a leader. Because according to Ugandan standards, the word "politician" has been re-defined as a liar, as a confuser.

"It gives me so much confidence to be in jail not as a robber, not as a criminal, but as a freedom fighter."

Upon your arrest, a lot of supporters internationally, fellow musicians, fellow public figures, wrote a letter in support of you. What was your reaction to learning that you had all this support globally?

Can you give a quick update possibly if you know of the status of the other 32 people that were arrested alongside you?

Many of the people that were arrested alongside me are still in jail. There is a lady who had just had a baby by C-section, she was beaten so badly that even by the time I left Uganda, she was still passing blood in her privates. Another colleague called Shaban Atiku, the doctors told us he will never be able to walk again.

I am grateful to the people of Uganda and different NGOs that continue to offer support to my colleagues out there. And when I go back to Uganda next week I am going to join them and we will continue our fight for liberty and dignity.

You've earned the nickname of "Ghetto President," in Uganda. What does that title mean to you?

Well, it humbles me. First of all, it gives me confidence that the people who brought me up still own me, I am a ghetto child. I am a ghetto youth. I come from the ghetto. I get so much pride from seeing that the people of the ghetto still claim me as their own. For them to call me their president still humbles me, it shows me that they believe in my kind of leadership and they believed that what I'm doing is giving them dignity and they're proud of me.

Is running for president of Uganda something you'd be open to in the future? Clearly there's an aching for your type of leadership in the country.

Well, I'm glad you said that it's "something for the future," but before the future comes we have a present to sort out, where we don't want to be nobody's slaves. We know that as the people of Uganda we have no right to even talk about the presidency before we talk about the freedom and the right to be heard out.

The situation facing Uganda isn't just a Ugandan problem. It happens across the continent with oppressive regimes that are in charge. How do you think the struggle you're facing can reverberate across the continent and can help people rally and challenge their own governments?

I personally don't belong to any political party, but I think that now what we're facing in most countries in Africa, is the "big man syndrome." One leader gets a few colonies and operates the majority. It is not only happening in Uganda alone, and that's why we call ourselves "people power." The struggle we are facing is not limited to Uganda alone, but it's a struggle against oppression across Africa and indeed across the world. So, just like we got support from across Africa and across the world, we call upon Africans, especially young Africans to know that there will never be another time for them to assert their rights other than now.