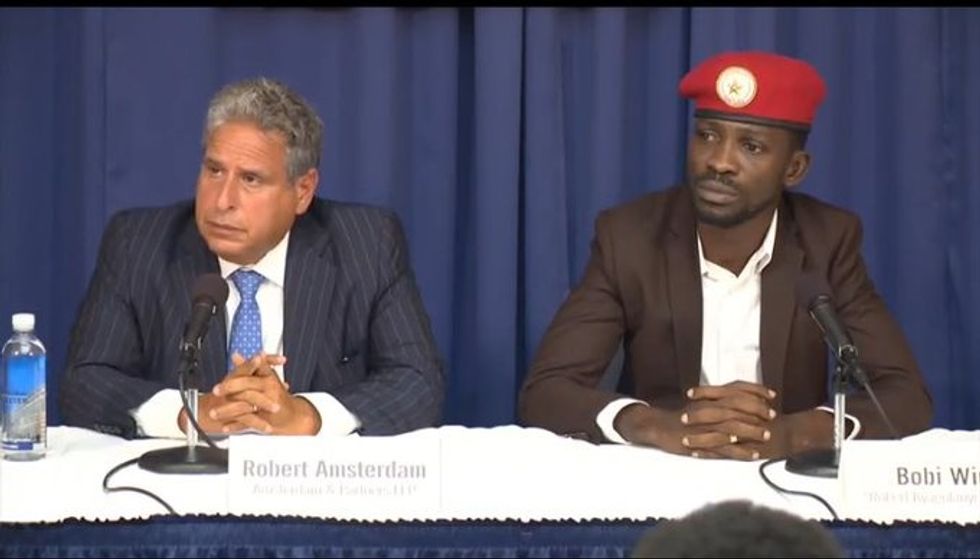 International press gathered to ask pressing questions surrounding the artist and lawmakers arrest. Wine spoke about Uganda's current political situation, and about the abuse he suffered while under police custody, stating that he was present despite orders from his doctors to rest.

Watch the full press conference down below, Wine comes in around the 12-minute mark.

Upon his arrival in the US, Wine shared an extensive post on Facebook, detailing the extent of the torture, him and 32 other colleagues faced in military custody in Uganda.

Wine has made a number of media appearances in the past week. He sat down with BBC Africa as well, where he discussed his plans to return to Uganda to continue the fight towards justice. "We must win the fight for freedom or die trying," says the artist. Watch his interview with BBC Africa's Zuhura Yunus.