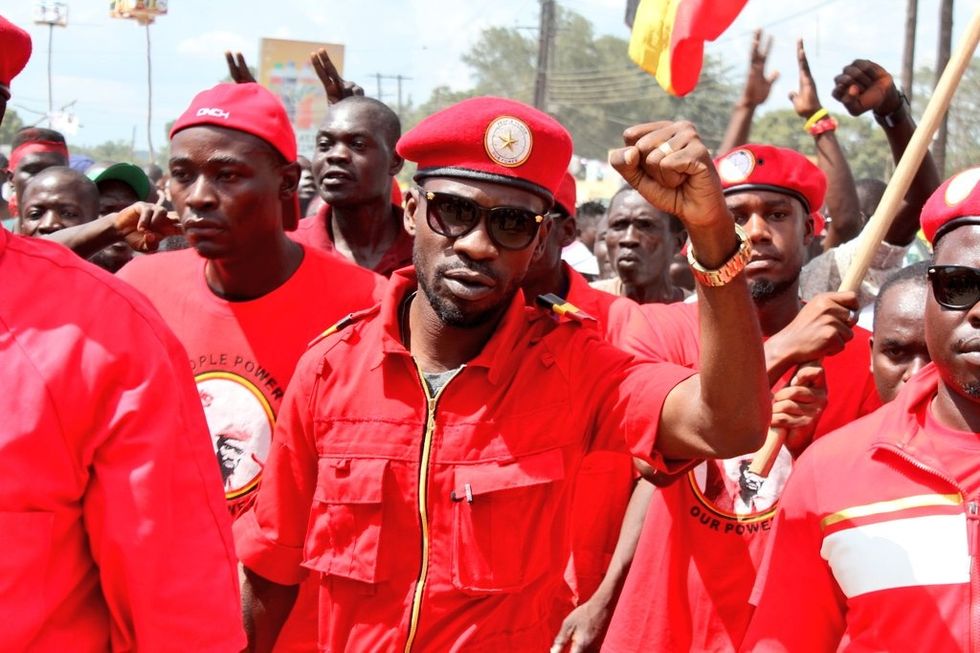 The Ugandan musician and opposition lawmaker's driver was shot dead after a clash with Ugandan forces.

UPDATE 8/14/18, 1:04 PM EST: Bobi Wine has been taken into police custody, along with three other MPs, following an incident with police forces in the north-western town of Aura that left his driver dead. "We arrested Bobi Wine and others this morning and he is in our custody," said Emilian Kayima, Uganda's police spokesman.

According to BBC Africa, Kayima claims that Museveni's car was pelted with stones during the campaign rally, which led to the use of force by police officials who intervened by "using teargas and shooting."

Wine's supporters believe, instead, that he was being targeted by the police, as the lawmaker has been harassed by Museveni's officials on several occasions.

Read on for previous updates:

The musician was attending a by-election rally in Arua on Monday, in support of an opposition politician, when his driver was shot dead outside of their hotel by security forces. While early reports stated that the musician had been arrested, the Ugandan police force later stated that they were yet to make an arrest.

The artist shared a photo of his slain driver on Twitter, stating that he believed he was the intended target of the attack. "Police has shot my driver dead thinking they've shot at me," he wrote.

The supporters insisted that we walk to the venue of today's rally in Arua and so we did #KasianoWadriForArua… https://t.co/lYcrgt6ILC
— BOBI WINE (@BOBI WINE) 1534175261.0

According to music executive and friend of Wine, Rikki Stein, the artist is currently inside the barricaded hotel in Aura, though Stein has been unable to reach him by phone.

Wine has been the target of attacks by the government since he came into office last year. The 35-year-old ran as an independent candidate, and drew massive support from his constituency. "The big issue that came up, was the proposal from the ruling party to lift the constitutional clause that limits anyone older than 75 years to run again," Kalundi Serumaga, a banned broadcast journalist, former director of the Ugandan Culture Center and self-described "campaigner for native rights," tells OkayAfrica.

Wine along with fellow MPs were physically dragged from parliament following a filibuster against the proposed lift. Hand grenades have been thrown at his house, and his concerts and speeches have been blocked on several occasions, including a show last month during the 25th celebration of the King of the Bugandans.

Last month, Wine led a protest against the newly implemented social media tax imposed on Ugandan citizens. Demonstrators were also met with bullets and teargas on that occasion.

Wine presents a challenge to the current government because "he represents the rising generation," says Serumaga, who is critical of the government's response to Wine's efforts. "They need to attempt to understand why the youthful population places their hope in someone like him. Understand why young people support him. Silencing him is not useful."

Museveni, 74, has a history of cracking down on the opposition. Ahead of his inauguration in 2016—which marked his fifth term in office—the leader had members of the opposition party arrested and placed several others on house arrest.