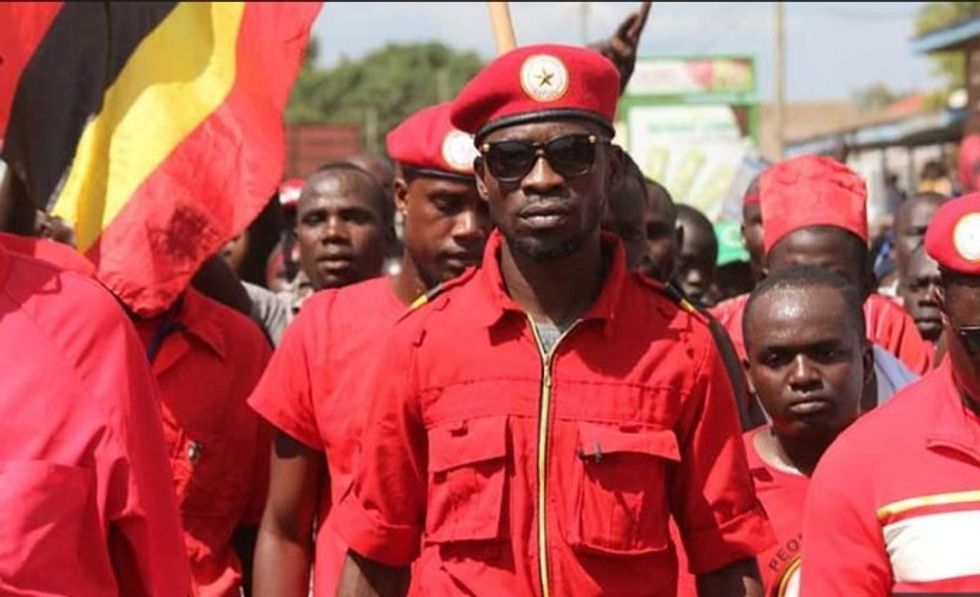 The Ugandan pop star has been arrested once again after being released on bail on Monday.

Bobi Winewas "violently" arrested once again on Thursday as he was leaving the country to seek medical treatment, says his lawyer.

Wine was released on bail on Monday, after a judge determined that he did not constitute a flight risk. However, according to his lawyer, this did not stop officials from apprehending him at the airport.

"[He] was re-arrested at the airport, even though the judge had let him have his passport because he needed to leave the country for medical reasons," Robert Amsterdam, one of Wine's lawyers tells BBC.

"He was violently thrown into a police ambulance. The lawyers have no idea where he is being taken and we're all really in shock," he added.

Wine and 32 others were arrested earlier this month for allegedly attacking a presidential convoy, they are currently facing charges of treason in civil court.

Protests have erupted once again in the streets of Kampala in support of Wine.

Wine was set to appear in court on Thursday, but the hearing has been postponed until October 1.