AFRICA IN YOUR EARBUDS #31: BODDHI SATVA 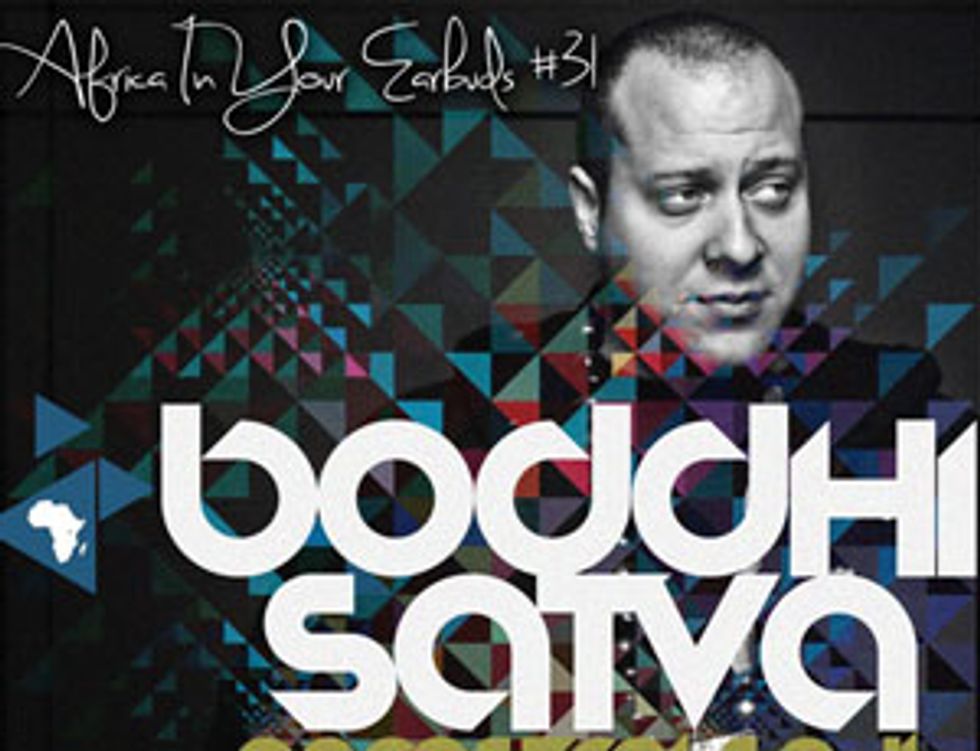 Central African Republic-born DJ/producer, and Offering Recordings head, Boddhi Satva has been fermenting a signature sound he calls Ancestral Soul — a concoction of deep house infused with Central/West African rhythms and urban R&B, all shaped by mentors and collaborators such as Osunlade, Louie Vega and Alton Miller.

In Africa In Your Earbuds #31 he delivers an hour-long excursion into the many mutations of African house music, centering on Angola. As Boddhi Satva explains:

I have chosen to take the listener on a journey with various forms of Afro House by the likes of Atjazz, Rancido and Djeff from Angola. I first heard of him when I was mixing my album at Vega Records Studios, and Anané Vega played "Tambuleno" produced by Djeff & Silyvi. I had no idea Angola got down like that! I first went to there in 2010 and I was completely blown away. Angola is where it's at pretty much. Culturally, it has a growing impact on many other regions in Africa and throughout the world. I later met Djeff & Silyvi in Luanda and put out their track "Mwini" on my label Offering.

Stream/download AIYE #31: Boddhi Satva below! Big thanks to Underdog for the cover artwork.