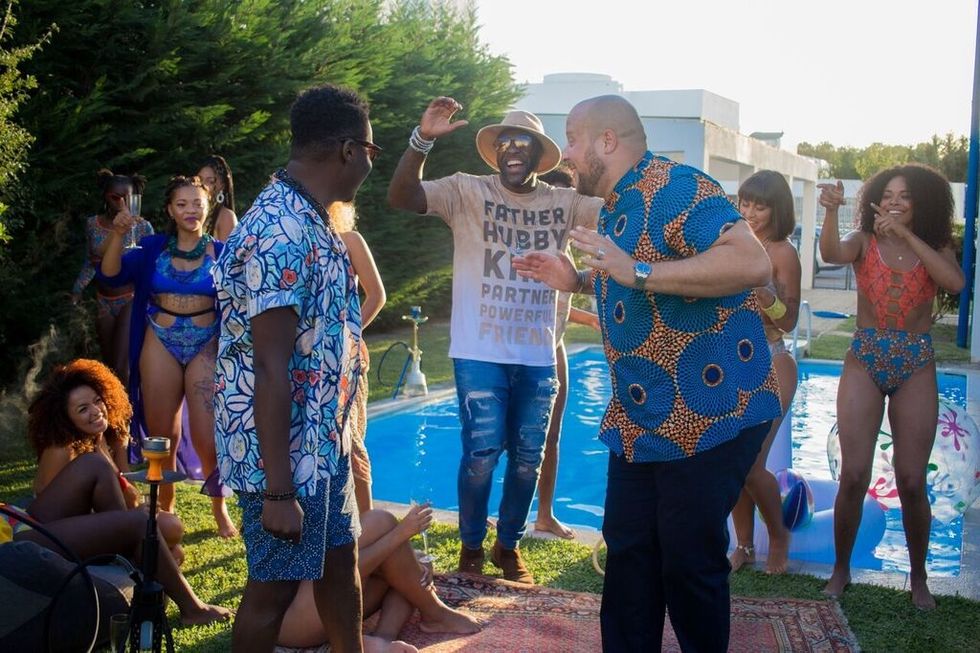 We premiere the Portugal-shot video for this new single featuring Badi and Kaysha.

Central African DJ and producer Boddhi Satvais known for his Afrohouse style of 'Ancestral Soul,' a blend of traditional rhythms with soul and electronic music.

The producer is back today with a new music video for "Muasi Na Ngai," which translates to 'my woman' in Lingala. The single sees him pairing up with Belgian rapper Badiand Congolese singer Kaysha, both acts that he's collaborated with before, for a song that blends French, English, and Lingala lyrics.

The new video, which we're premiering here today, was shot in Portugal and celebrates black beauty and womanhood.

"Muasi Na Ngai is an ode to women," writes Badi. "I feel like this song could be called Rumba-Trap for the rhythms (African, Brazilian and Urban) and the theme (love, loyalty, commitment). Everything about this collaboration is new and different for me. I believe that is what brings such magic, as we're stepping out of our respective comfort zones."

Boddhi Satva mentions, "I remember playing the demo of Muasi Na Ngai (My women) to Kaysha and Badi separately, and seeing exactly the same reaction on their faces. The melodies on the chorus came to Kaysha right away and the mix between his and Badi's vibe was just meant to be. Individually and collectively, our body of work has been consistent in always pushing further the boundaries of our own creativities. Muasi Na Ngai is, in my opinion, a good balance of different musical spices combined together to give birth to a very special song."

"We are installing a different sound and a different way of making African music," adds Kaysha. "We're not trying to mimic Americans but bringing a different, maybe more authentic approach."

Watch our premiere of "Muasi Na Ngai" below.