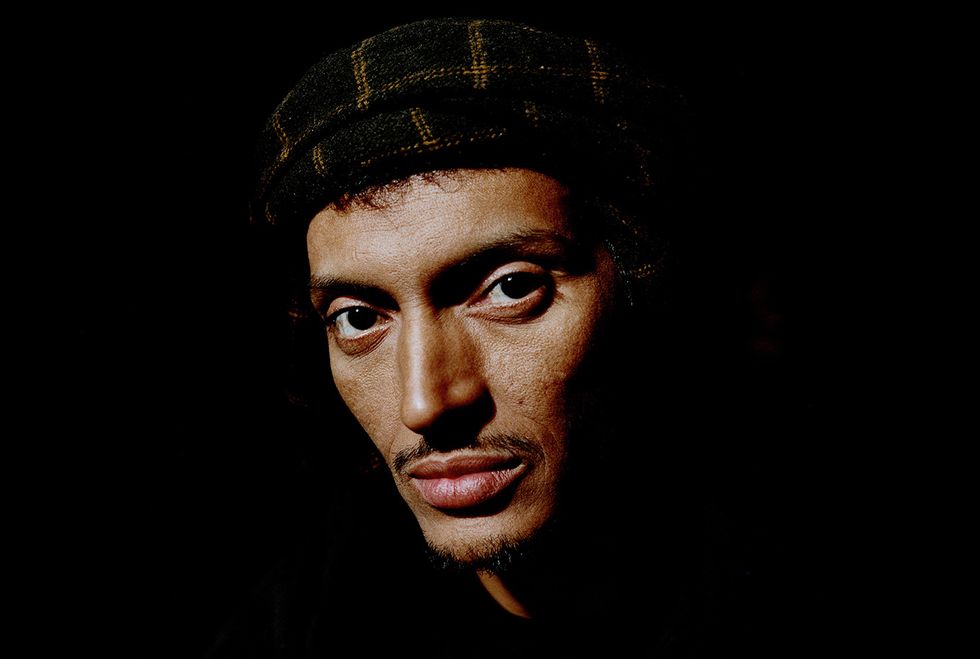 The exciting new full-length from Bombino serves as a career retrospective of sorts, touching on the different styles and various iterations of this renowned musician born in Niger. On Deran, the desert blues, traditional folk, and "Tuareggae" music styles Bombino has experimented with over the last decade come together in an amalgam of perfect unity.

Since his collaboration with The Black Keys' Dan Auerbach and subsequent signing to Nonesuch, Bombino has been lauded as one of the world's greatest living blues guitarists. Producers like Auerbach and, most recently, Dirty Projectors' Dave Longstreth have collaborated with Bombino in an attempt to capture the raging spectacle of his live show. Most often they came up short. But despite what those American recording studios couldn't reproduce, they excelled in inspiring Bombino to realize the limitless possibilities of his music.

For Deran, Bombino and his band of Tuareg musicians returned to Africa to record at Casablanca's Studio HIBA. Save for the 2014 Glitterbeat album Agamgam 2004, recorded live in the south central Saharan desert Ténéré, this was his first time recording an album in his homeland continent.

"My mission for this album was always to get closer to Africa," he tells his label Partisan Records.

The Moroccan studio space afforded Bombino the time, space and comfort necessary to create an album that truly taps into to the Tuareg region he hails from. "An important thing to know is the desert is a very vast open space," Bombino told The New York Times. "Sound and music there carries a power with it, so you get the feeling when you're holding an instrument in your hand and playing it, you're completing a picture that was otherwise incomplete."

A similar, in-house ethos was considered for collaborators on Deran. The record was produced by Bombino's manager Eric Herman, which is to say the record was hardly produced at all (no shade intended). The executive decision to choose his manager to produce an LP was a brilliant one. Complete independence and total creative agency were things rarely granted to Bombino in the studio. But on these new songs that's exactly the kind of freedom he has.

Bombino makes a conscious effort to strip down some of the bells and whistles Longstreth used to make his last record, Azel. He applies everything he's learned and experienced with an air of sophistication and a certain amount of physical restraint, working against the Jimi Hendrix comparison critics have historically gravitated toward.

For all intent and purposes, it feels as if Bombino's desert has been brought to the studio. The album's closing tracks "Takamba" and "Adouagh Chegren" sound as if they've been recorded live and work well to replicate the sensation of vastness and openness felt during Bombino's famous outdoor concerts in Niger and Algeria.

Bombino's best work might still be ahead of him, but Deran will stand through time as the first record to adequately voice his artistry.