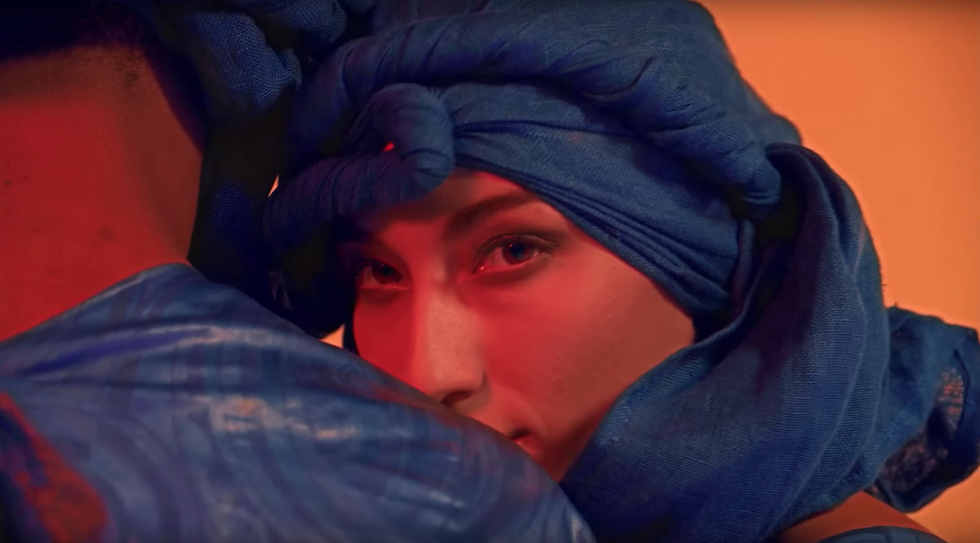 The music video is a beautiful representation of the simplicity of love through a Tuareg lens.

Bombino capitalizes on his ability to paint vivid pictures in the mind with striking lyrics and beautiful guitar strums by bringing us a music video for his new track, "Deran Deran Alkheir."

After listening to his full album, we've been wondering when we'd see a music video and we've been finally blessed with the first one. The music video features a bride and groom expressing their love through interpretive-style dance.

Bombino summed up his message and mission for the music video for us:

"Deran Deran Alkheir is a traditional wedding song. It is sung to the man and woman getting married in order to bless them and wish them good fortune together. For this video we wanted to quite simply show the beauty and simplicity of romantic love. I love the way the director, the choreographer, and the dancers interpreted this. It is a beautiful, modern style that matches the spirit of our modern interpretation of the song."

Choreographed by Hillary Pearson and directed by Jonathan Wing, Bombino and his crew perfectly infused tradition with modernity, keeping both the spirit and traditions of the Tuareg people alive.

As Wing put it:

"We wanted to capture dancers in traditional Tuareg clothing, but in a minimal sense. I worked closely with our choreographer to create movement that would be emotional, sharing moments in unison and other moments where they split apart, their energies pushing and pulling. It was important to me that the choreography not be too literal to the beat or constructed as if to a pop song, allowing the emotion to flow more gracefully. Originally we set out to film the dancers in the wide open desert of Southern California, but due to last-minute unforeseen circumstances we pivoted the concept toward a studio, where I abstractly deconstructed the idea of a desert simply through theatrical lighting and color: creating a sort of infinite desert world. This ultimately ended up being a blessing in disguise and we couldn't be prouder with how it turned out."