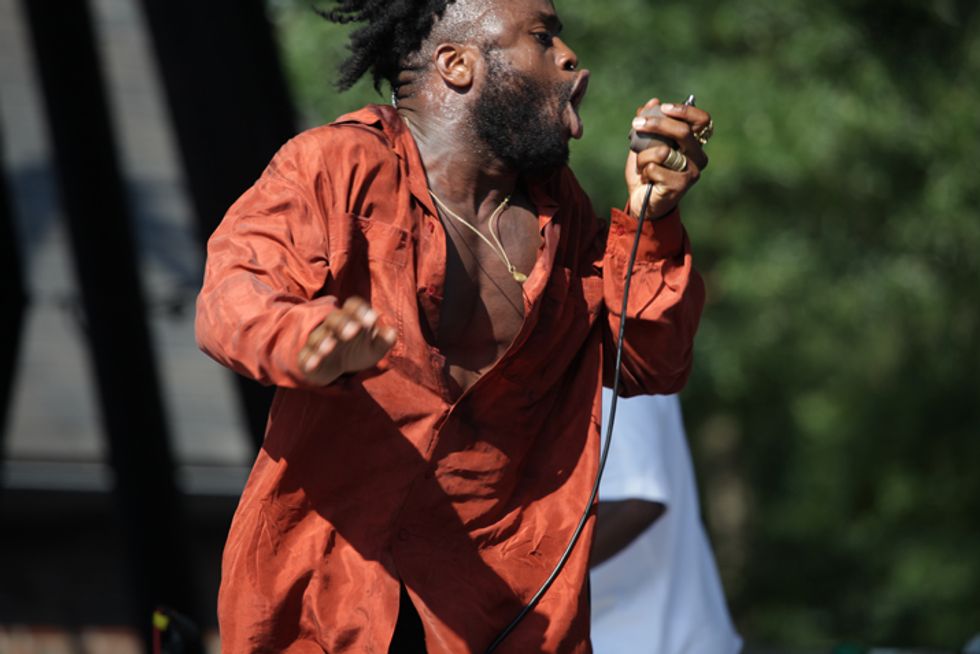 Okayafrica and SummerStage recently got together to present Tuareg guitarist Bombino, Scottish-Liberian-Nigerian trio Young Fathers and Oakland’s Fantastic Negrito for a live show in New York City's Central Park. Okayafrica TV was there to capture the day's magic as the Niger-based Bombino and his band entranced the crowd with their psychedelic desert blues grooves, Young Fathers stormed through a set packed with heavy beats, rhymes and vocal harmonies, and Fantastic Negrito brought his black roots-blues rock gospel to the park. Watch our Okayafrica TV re-cap of the concert, featuring interviews with each of the performers on the philosophy behind their live sound, above.