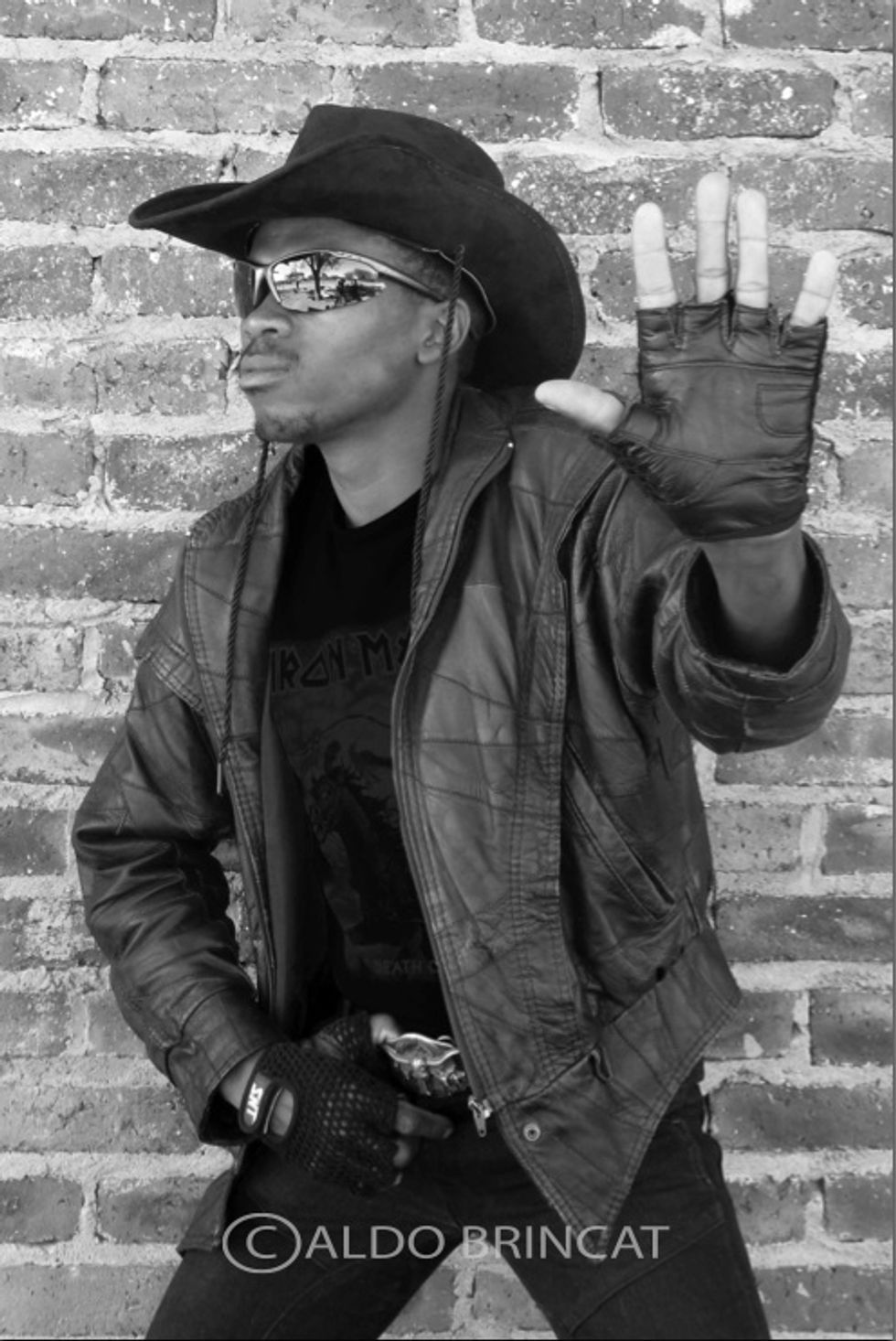 When I talk to them about heavy metal culture, I say, why? They say, “we like it.” So I say, what music are you listening to? They say, “Dolly Parton.” Dolly Parton? And she’s the country element to this whole [thing]... I say okay, and heavy metal, what are you...? “Metallica.” I say okay what about... Papa Roach- “no, no, Metallica.” –Aldo Brincat

Last month, Okayafrica met the curator and photographer of Foreign Nationals, a photo exhibition in Gaborone, Botswana, established around a brotherhood of leather-clad men and women called the Ma Rock. Drawing from the visual aesthetics of heavy metal, WWE and American cowboys, the group is widely known throughout Botswana for the enigmatic style and spectacle that marks their appearance. The photos emerged through collaboration between rising South African-born/Botswana-based photographer Aldo Brincat and around fifteen members of the Botswana Ma Rock group.

Aldo is first and foremost an actor and theatre practitioner, and this was his first attempt at a full photography exhibition. Yet throughout the process he was drawn to the visually arresting performance, ritual and stylistic practices of the Maroka. The dichotomous sense of the absurd and spectacular was apparent in the Ma Rok’s entrance on the opening night at Sophie Lalonde Art gallery in Gaborone’s city centre. Atop the highest towers in Botswana, the group made their entrance in a theatrical display of macho stances and scowls amidst a teeming crowd of intrigued Gaborone’s intrigued locals and art intelligentsia. When I spoke with Aldo he made it clear that even he was struck by the unsettling sense of representing a group without a coherent philosophy or manifesto. This is not the first time the Ma Rok have drawn the attention of international creatives and media. They have been described as “homoerotic cowboy metalheads” by VICE, “rebels with a cause” by CNN, and “bunny-hugging metalheads” by the Dutch VPRO Metropolis. These fraught attempts to describe the Ma Rok get at the problems inherent in western popular media representing the culture and people of a small African population internationally. When Aldo spoke to them about heavy metal music, their widely varied responses to the so-called subculture indicated to him that the brotherhood was based more on performativity and self-expression than a strict dogma rooted in heavy metal culture or late 50s western aesthetics.

After speaking with Aldo, it became apparent that Batswana who attended the exhibition also sought to experience the dynamite charge of the self-styled Ma Rok threaded through each pose. Local responses to the exhibition ranged from “... uh yeah I dunno, it was cool. Just photos of the Ma Rok really,” to “absolutely exquisite. I even bought a [$600] piece. Go and see it.” Yet the disparity in reception is tinged by an overarching note of positivity. Batswana are proud to see a part of the community represented in the prints, performances and palimpsests of the small and vibrant art scene in Gaborone.