The Anti-World Cup Graffiti Popping Up On Brazilian Streets Pt. 2 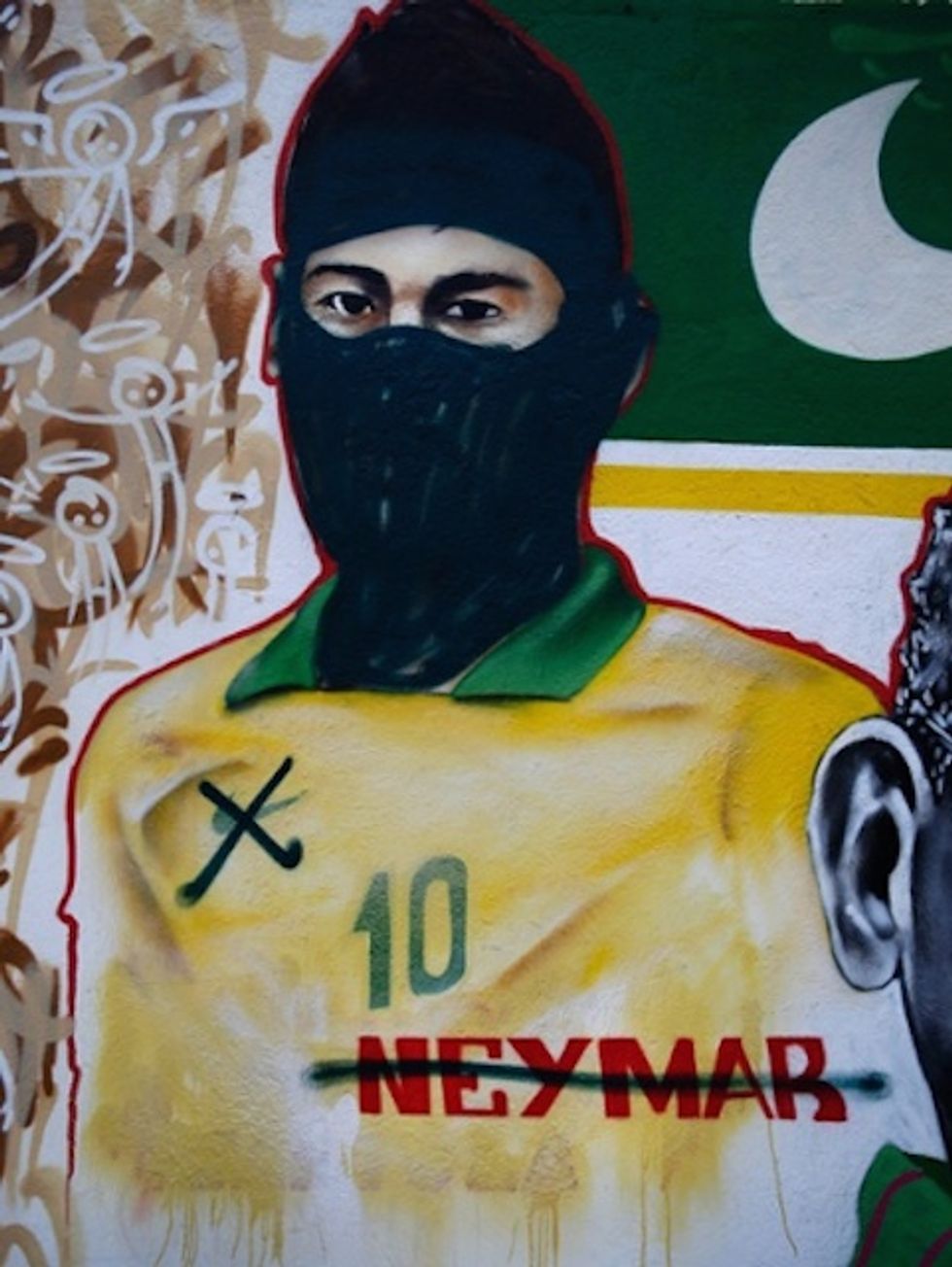 As Brazil scrambles to ready infrastructure on the the eve of the 2014 World Cup, the host nation's embattled president Dilma Roussef believes that her country is fully prepared to host football's largest tournament despite all evidence to the contrary. With daily strike threats from transportation union leaders and reports that construction workers are still installing seating inside São Paulo's Corinthians Arena, where the opening match between the host nation and Croatia is set to take place, it comes as no surprise that 61% of Brazil's population is staunchly anti-World Cup. We covered these popular feelings a few weeks ago with the first installment of our anti-World Cup graffiti gallery, and now, more street murals that capture the frustrations of millions of Brazilians have surfaced online. Click through the gallery above to view more of the anti-FIFA graffiti popping up ahead of Brazil 2014.