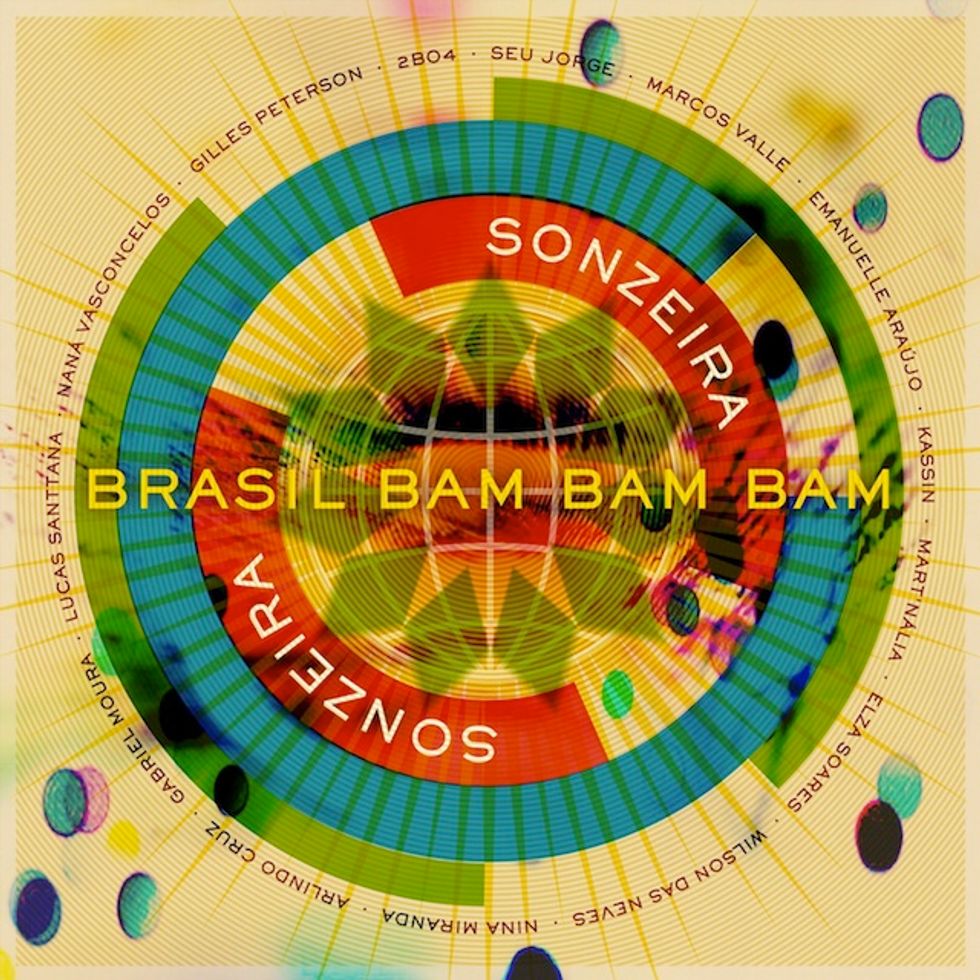 As we gear up for next summer’s World Cup in Brazil 2014, we’ll be taking moments to highlight some select Brazilian tracks that come across our desks. From capoeira music (an accompaniment to the sport) and maracatu to samba and the favela-bred baile funk, the influence of African cultures & sounds on the South American nation’s own arts is immeasurable. In our series Afro-Brazil 2014 we’ll be digging into a few of these ‘ritmos e batidas’ from Brazil.

Whether tipping us to new talent likeOwiny Sigoma Band or handing out Track of the Year Awards to Andrew Ashong, British DJ and Brownswood Recordings founder Gilles Peterson has his fingers in many pies. In his latest musical escapade, the tastemaker travelled to Brazil this January to form a collective supergroup, bringing together the country's top musicians like SeuJorge, Marcus Valle, Elza Soares, Wilson Das Neves, Nina Miranda, Arlindo Cruz, Gabriel Moura and many more.

Peterson's Sonzeira collective — which translates to "killer sound" in Portuguese — recorded their album Brazil Bam Bam Bam in Rio de Janeiro. Covering Brazil's rich and diverse musical heritage, Brazil Bam Bam Bam spans from the Afro-Brazilian sounds of Bahia and Recife, to bossa nova, baile funk, tropicália and back again. The record, which drops May 19th, will be the first release from Talking Loud (Gille's original label) in 10 years. Brazil Bam Bam Bam is available to pre-order now, check out the album trailer below.