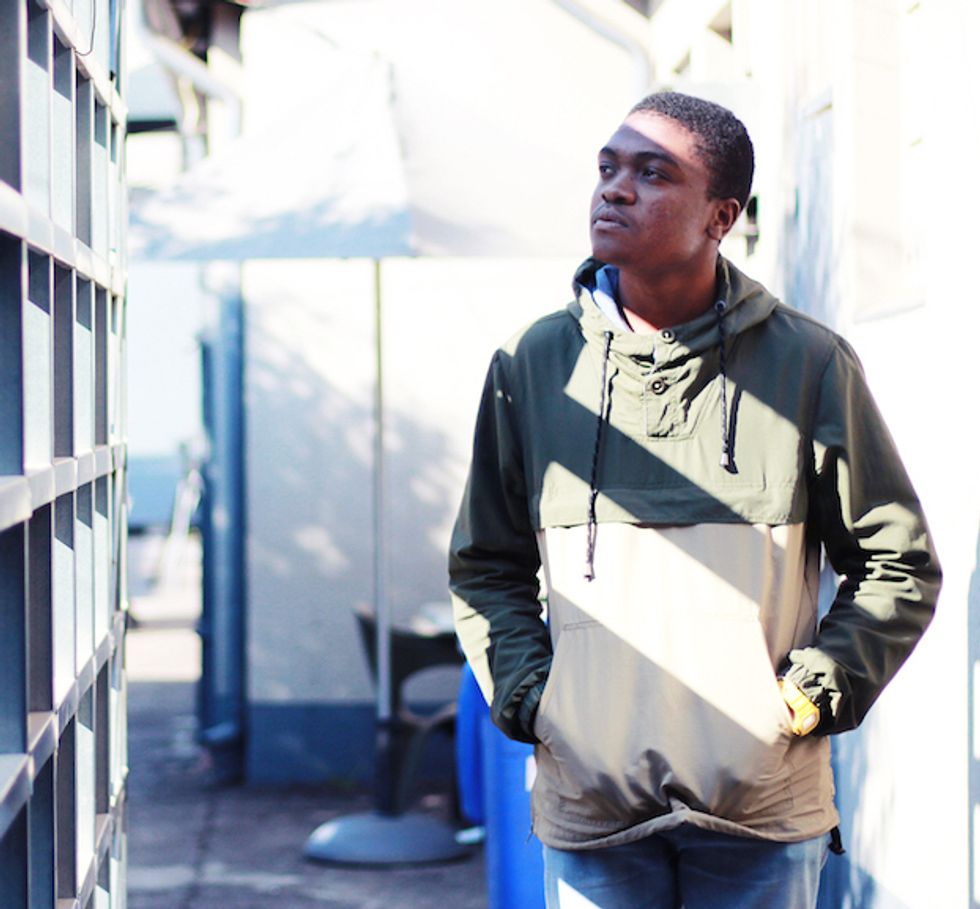 Pretoria-based producer Buli is a frontrunner in South Africa’s race towards a more experimental electronic sound.

Towards the end of January on the crowded dance floor of Johannesburg’s second oldest pub-turned-club, Kitcheners, a young producer and DJ by the name of Shibule Ndhambi gets ready to take the decks. The scene is the standard club setup—sweaty bodies clamouring for a spot up front as flashy DJs with Macbooks and polished sets rinse the room out.

Enter Buli, kitted out with nothing but an old Lenovo laptop, a modest windbreaker he later sheds, and a shy, unassuming demeanour he wears throughout. The crowd lulls in and out as he kicks into his first track—a lenient fusion of hard drum arrangements and ambient synthesizers, ethereal and hypnotic enough to sway with, but wild enough on the low end to give your feet something to move to. The bodies don’t really know what they’re listening to, but they move to it nonetheless. By the time he drops “Cloudy,” there’s hardly enough room to bob your head.

The genre is ambient electronica, and at 20-years-old, the Pretoria-based Buli is taking it by storm. Growing up in Polokwane, the self-described “beat making weirdo” had a quiet upbringing.

“I did what a normal kid did,” he says over an e-mail interview. “I’d play games and lose most of the time–which kinda still happens–chill with friends, fought with my brothers, you know, normal stuff.”

In early 2013, the producer packed his bags, left his brothers and moved to the Jacaranda City to study, but now it’s music that occupies most of his time. He’s a prolific producer and his live sets, still in their fledgling stages, speak for themselves.

“With the Kitchener’s gig, I’ve never had that many people vibing to my live set before,” he admits. “Some people actually came to see me play specifically. That was a pretty cool thing for me.”

Since he first started producing under Buli, he’s now brought out two EPs, a wealth of remixes and singles, and an LP set for release around June of this year, all the while remaining unsigned and largely unrepresented.

Having previously toyed with classic hip-hop and trap style beats, it was a fortuitous Instagram video that saw Buli’s ingress to ambient and experimental electronica. “I was in my room, and I saw someone post a video which had a Vox Portent track,” he explains. “I immediately looked for him on Twitter, sent him a message and that’s when it started.”

From there he dedicated his listening to the likes of Christian Tiger School, Micr. Pluto and Watermark High, constantly evolving his sound and pushing for collaborations with other local artists. Features on locally-curated projects such as Subterranean Wavelength and Emerald Feather Archives helped circulate his sound, and towards the end of 2015, Buli secured himself a spot on the stages ofCHURN Boutique Electronic Festival. Last year also saw Buli working with Cape Town-based label The Cult of Maybe to release his Delusions EP, a seven-track collection of beautifully dreamy and somewhat melancholic soundscapes featuring collaborations with Vox Portent and Drift Prism.

In an age where an internet connection and a Soundcloud account ensure fans of electronic music are never left wanting, Buli is somewhat of an online ghost. His Soundcloud boasts numerous tracks to a humble 457 followers while his Facebook puts out infrequent gig updates and new releases to a small 184 fans. Certainly, if you had to stumble across his collection of music, you’d find him to be a bit of a reclusive character. Track titles include “Lost in Space”, “How Did I Get Here?”, “Empty Inside” and “Black Hole” to name a few.

“My track names are usually random but a few relate to how I’m feeling at a specific time. I wouldn’t really describe myself as being very emotional, but I’d say I’m aware of my emotions,” says Buli. “At the time I started making the other tracks on Delusions it started sounding like it had that ‘non-existent’ feel to it, meaning that I felt as if I was detached from reality when I was making the tracks. That’s why I called it ‘Delusions,’ it’s all about experiencing something that’s not really there.”

For all of his humility, Buli is a frontrunner in South Africa’s race towards a more experimental electronic sound. His tracks are intimately textured, each one a rich and evocative palette of sparse, alien-like synths that keeps you floating just beyond the spectrum. He’s an artist of few words, but luckily his music speaks for itself.