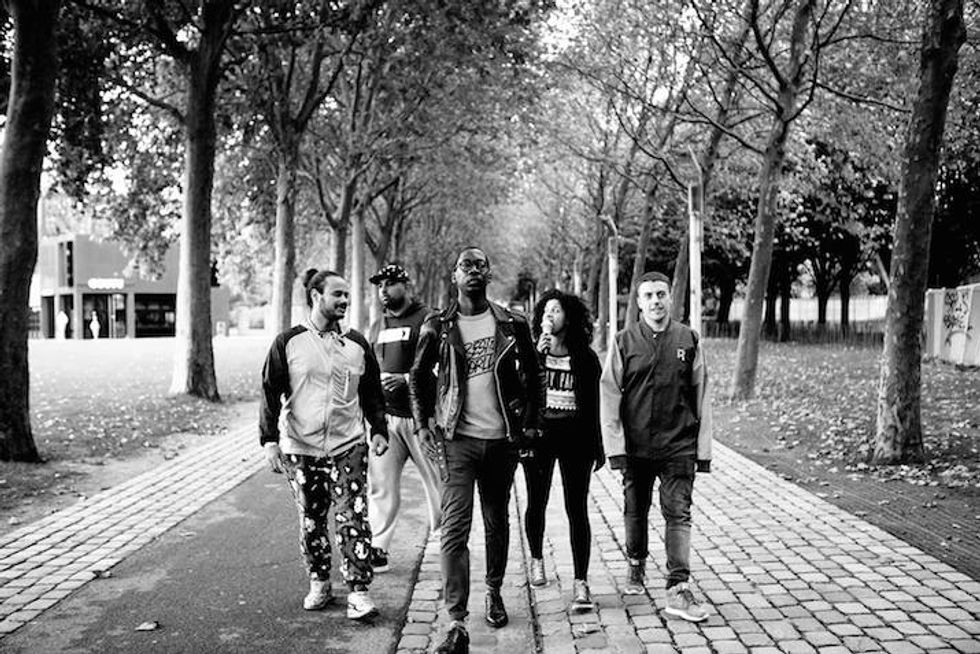 Portuguese global bass pioneers Buraka Som Sistema will be going on an indefinite break after a final tour in 2016.

Portuguese global bass pioneers Buraka Som Sistema have shared that they'll be taking an indefinite break after a final tour in 2016 (dates will be announced later this year). The Lisbon-based crew introduced many to the repurposed sounds of Angolan kuduro, kizomba, zouk bass, tuki and several other genres from across the world through their high-octane electronic productions. Buraka will be starting their hiatus 10 years after their first EP From Buraka To The World was released, from which followed a run of 800 shows, 3 studio albums (Black Diamond, Komba, Buraka) and huge singles like "Sound of Kuduro ft. M.I.A.,""Kalemba" and "Hangover (BaBaBa)," among many others.

"Thanks to everyone who was at Piknic Électronic celebrating our last show of 2015. Another awesome year in which we were eternally grateful to share our music with all of you," the group wrote on their Facebook page. "We wanna use this opportunity to announce that we’re already preparing a very special tour for the beginning of 2016, where we’ll not only celebrate our 10th anniversary but also close the cycle of existence of Buraka Som Sistema. It’s been 10 years of intense activity... where we created a special bond with everyone who followed us. However, we’ve reached a moment in which we need to stop, take a breath and have time for other projects. Nothing is lost, everything changes, which is why instead of calling it quits we’d like to look at this as a hiatus. Above all we’re still as in love with this music as we were 10 years ago, so we want to keep showing you everything that’s going on in the universe of everyone involved in this project."

Revisit our Okayafrica TV episode with Buraka Som Sistema and their "Sound of Kuduro" video below.