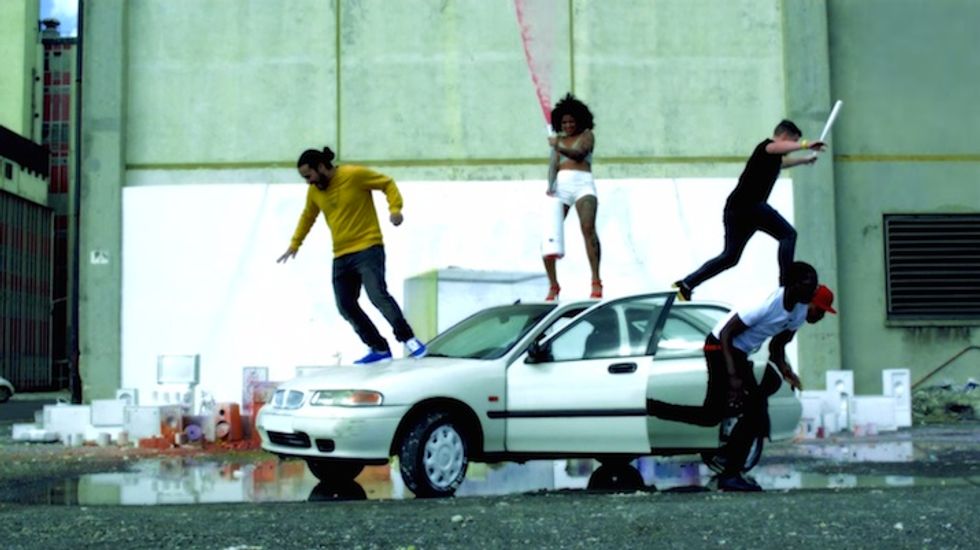 Zouk bass and kuduro masters Buraka Som Sistema splash back onto the scene in a big way with "Stoopid," the first single from their as-of-yet untitled album. The track arrives with a vibrant technicolor video that finds the crew going wild and breaking all the rules. The colorful visuals were helmed by Portuguese street artist Vhils with assistance from frequent Buraka collaborator João Pedro Moreira — Moreira directed Buraka's Off The Beaten Track documentary as well the videos as for "Hangover" and "Sound of Kuduro." Buraka producer Riot adds to the tumult with the recently released  free two-track EP Zouk Weapons Vol. 1  ahead of his forthcoming solo effort on Enchufada. This double whammy from the Buraka camp is the perfect treat to tide bassheads over until the release of Buraka's new album on June 9th. Check out the video for 'Stoopid', then download or stream Zouk Weapons Vol. 1 EP below.