Burna Boy Is Apple Music's New 'Up Next' Artist 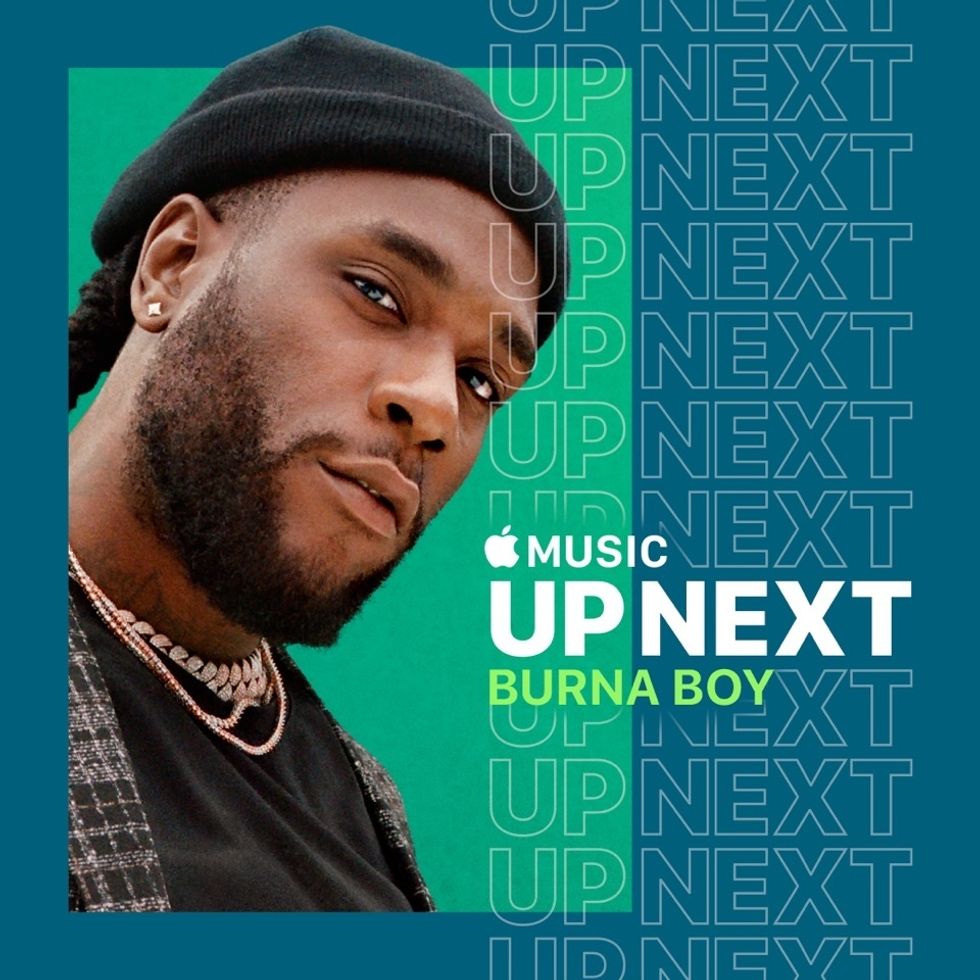 The 'African Giant' joins Apple Music's Up Next program.

Burna Boy is the latest artist to get a spot in Apple Music's Up Next program, OkayAfrica is excited to announce today.

The Nigerian afro-fusion star has been coming off a huge year that saw him perform at Coachella and win the BET Award for Best International Act. He's also readying the release of his upcoming album, African Giant, from which we've had the infectious single "Anybody" on repeat.

Burna Boy's inclusion in the program comes with a new Beats 1 interview with Julie Adenuga, which is live today, and an upcoming short documentary on the Nigerian artist due July 16.

"I'm super excited to be part of the Apple Music Up Next campaign," says Burna Boy. "Apple continuously comes up with new initiatives to support artists globally and push the African culture. It's an honor to be a part of this and with my African Giant album coming out soon, the timing is perfect."

"My granddad was a DJ in Lagos; all the records would come to him first," Burna Boy tells Apple Music in the Up Next short. "I would find myself being inspired by things that I've heard as a kid: Nigerian music or African music, some French music or some Jamaican music. When it's time for music to be made, it's almost like my ancestors just come into me and then it's them."

"Burna Boy has built his brand his way and has been on fire all over Africa and the UK," mentions Ebro Darden, Apple Music's Global Editorial Head of Hip-Hop and R&B. "He does things his way and Apple Music is honored to be able to connect with Burna Boy on this moment and help make the name even more well known!"

Watch a preview of Apple Music's Up Next short on Burna Boy and check out a clip from the Julie Adenuga interview below.