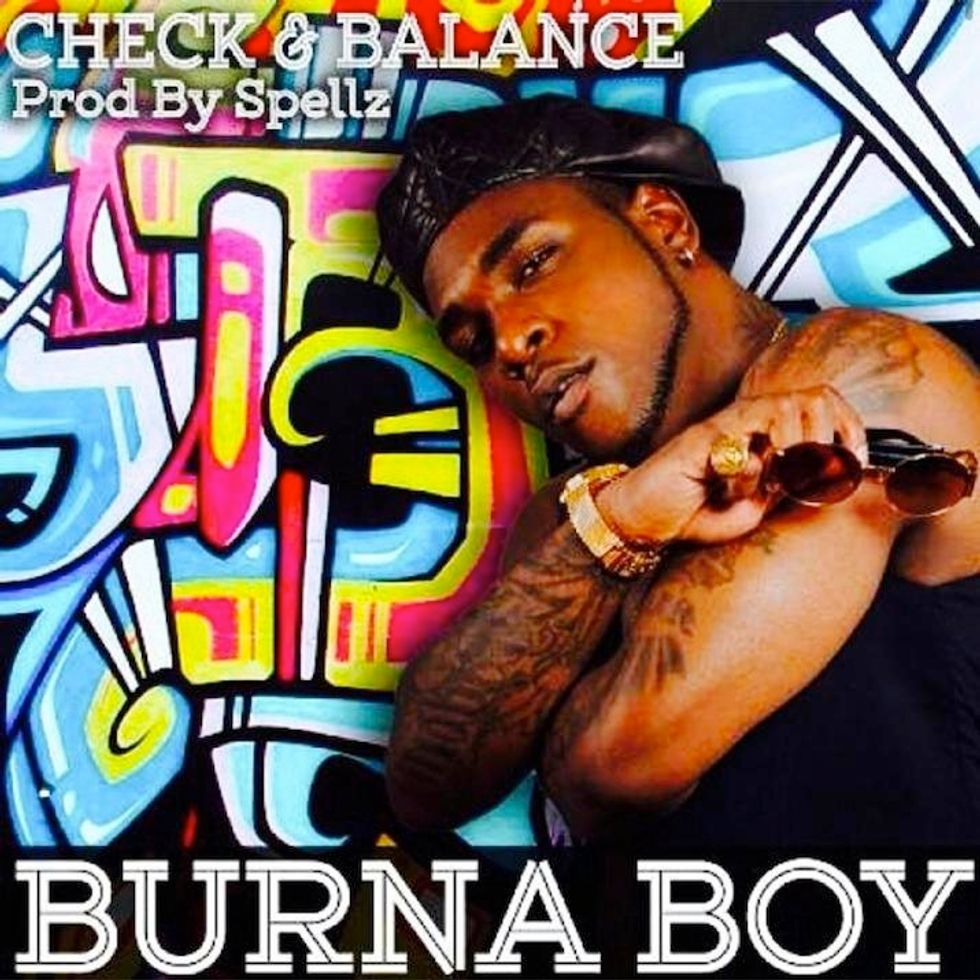 In June Nigeria's Burna Boy served up a slice of new music with the patois-inspired "Don Gorgon." The long-awaited release generated quite a buzz, and after a small hiatus, Aristokrat Record’s flagship artist is back this week with a second single release off of his yet to be named sophomore album. Enlisting fellow Nigerian producer Spellz once more for production, Burna sings about his rude boy habits over bouncy synths. Continuing to infuse his signature Naija voice over dancehall riddums, Oluwa Burna is in a lane of his own. Coupled with his trendy outfits and thematic video scenes he's been known to bring in the past, we have much to look forward to with the "Check & Balance" video. Fortunately, we can expect the visuals to his latest dancehall shaker soon, as Burna announced via Twitter his plan of shooting and releasing a video within the next few weeks. In the meantime, stream "Check And Balance" below. For more from Burna Boy listen to L.I.F.E. (Leaving an Impact For Eternity), one of our favorite releases of 2013, plus his singles "Run My Race," "Tonight" and "Like to Party," "Yawa Dey," and most recently "Don Gorgon."