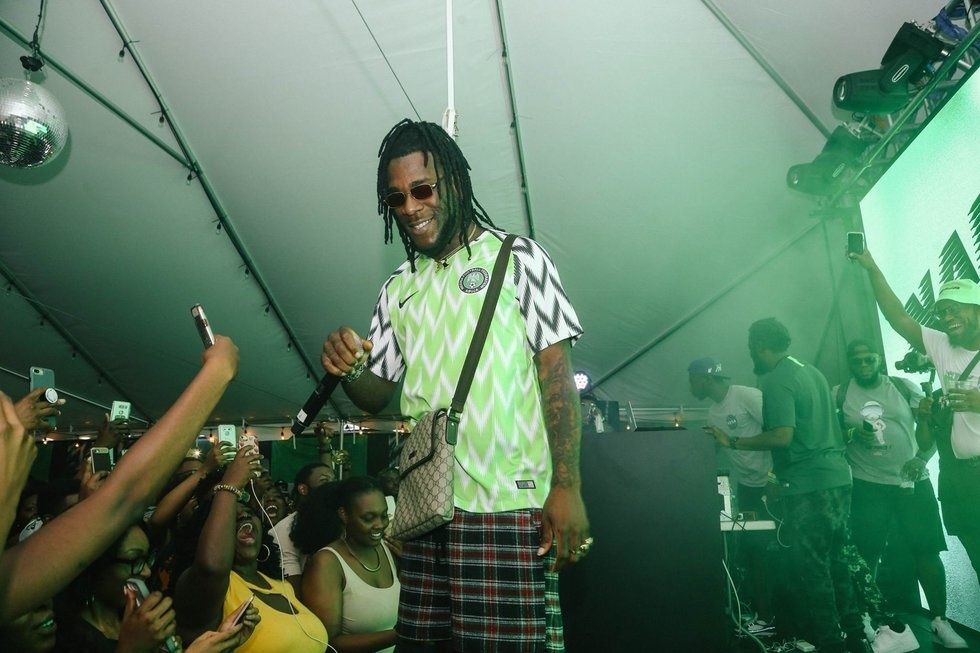 Plus Twitter reacts to Burna Boy lambasting Coachella for his name appearing "small on the bill."

The lineup for Coachella 2019 has been announced, and a number of our favorite artists have made the cut to perform at the popular festival in Indio, California.

Once again, the festival has enlisted artists from the growing Naija music industry in its eclectic lineup. This year, both Burna Boy and Mr Eaziare representing for the afrobeats scene. As you might remember,Wizkid was on the bill last year, but infamously failed to show. Mr Eazi and Burna will perform on the first and second and last day of the festival, respectively. We're keeping the faith that they'll both be present for their sets.

While many seemed to be excited that these acts would be performing at this year's show, Burna, who had a massive 2018, appeared to take issue with the way his name appeared on the bill. In a since deleted post on his Instagram story, the singer expressed his dissatisfaction, writing "Coachella, I really appreciate you. But I don't appreciate the way my name is written so small in your bill. I am and AFRICAN GIANT and will not be reduced to whatever that tiny writing means. Fix tings quick please," he added.

Fans and observers alike have been responding to his post on Twitter all morning, with some finding humor in his comments and others simply agreeing with him. Read them below.

I’m sorry but Burna Boy’s name should have been bigger lol what is that? This is why people don’t respect afrobeat artists.
— #LaidBarePodcast (@#LaidBarePodcast) 1546520915.0

Now Burna Boy is demanding Coachella respect him by making his name more visible on their publicity materials. We a… https://t.co/VWElbhNkKz
— Chidi Okereke (@Chidi Okereke) 1546512623.0

Glad to see Burna on Coachella line up, perhaps the extra noise he made and the coverage it is receiving will get p… https://t.co/Wux1XT2ZRX
— TheGirlsLikeMe🌴⚡ (@TheGirlsLikeMe🌴⚡) 1546522872.0