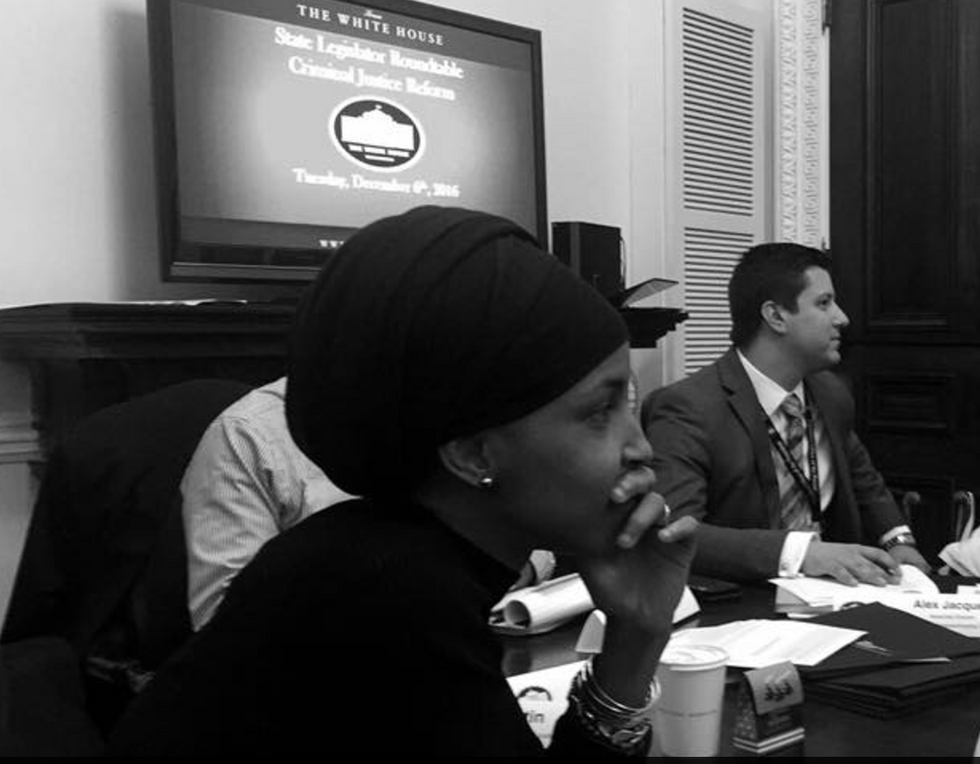 The first Somali-American elected to state office describes a frightening instance of islamophobia after a meeting at the White House.

But in America today even elected politicians cannot escape Islamophobic threats and harassment. After visiting the White House no less.

Omar took to Facebook, Wednesday, to describe being threatened in a DC taxi.

I spent yesterday afternoon at the White House, learning about policy ideas states could implement in the areas I am passionate about. On my way to our hotel, I got in a cab and became subjected to the most hateful, derogatory, islamophobic, sexist taunts and threats I have ever experienced. The cab driver called me ISIS and threatened to remove my hijab, I wasn't really sure how this encounter would end as I attempted to rush out of his cab and retrieve my belongs. I am still shaken by this incident and can't wrap my head around how bold being are becoming in displaying their hate towards Muslims. I pray for his humanity and for all those who harbor hate in their hearts.