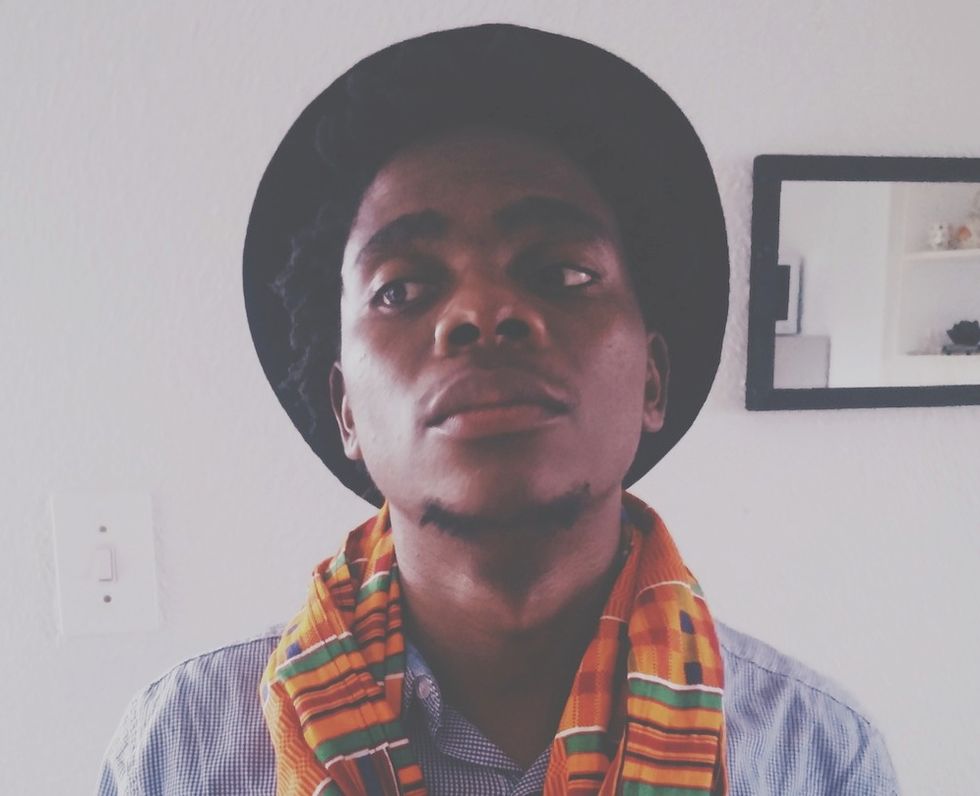 South African writer Lidudumalingani, we’re excited to report, is this year’s winner of the Caine Prize for African Writing for his short story, "Memories We Lost," published in Incredible Journey: Stories That Move You (Burnet Media, South Africa, 2015).

The prize was announced at a dinner held earlier this evening at the Bodleian Library in Oxford. As a Caine Prize winner, Lidudumalingani will be given the opportunity to take up a month’s residence at Georgetown University as a Writer-in-Residence at the Lannan Center for Poetics and Social Practice. In addition to a £10,000 prize, he’ll also be invited to speak at the Library of Congress and receive invitations to take part in Cape Town’s Open Book Festival, Nairobi’s Storymoja and Nigeria’s Ake Festival.

A writer, filmmaker and photographer who, alongside many accolades, has contributed to Okayafrica, Lidudumalingani was born in the Eastern Cape province in a village called Zikhovane. He’s currently based in Cape Town.

His winning story, "Memories We Lost," explores mental health through the relationship of two sisters in a South African village, one of whom is schizophrenic and the other her protector. The sister’s situation deteriorates as her care is entrusted to Nkunzi, a local man who employs traditional techniques to rid people of their demons.

In a conversation with The Daily Vox, Lidudumalingani touched on the inspiration for the story. “The first might have been mental illness, or at least the way in which villagers speak and deal with it. Then there were conversations with friends, texts and visuals that suddenly were on my radar, memories of extended family members who struggled with mental illness – many of them on and off and at varying degrees.”

“The winning story explores a difficult subject - how traditional beliefs in a rural community are used to tackle schizophrenia,” said the prize chair, Jarrett-Macauley. “This is a troubling piece, depicting the great love between two young siblings in a beautifully drawn Eastern Cape. Multi-layered, and gracefully narrated, this short story leaves the reader full of sympathy and wonder at the plight of its protagonists.”

You can read Lidudumalingani’s winning story in full here and listen to it read by Tseliso Monaheng in the SoundCloud player above.

I love that this was @CainePrize winner's last tweet pre announcement. ??? https://t.co/tgXmdFMHyE

Africa is a Country contributor @Lidudumalingani is the winner of the 17th @CainePrize for African Writing https://t.co/dZeqHgqBZ6