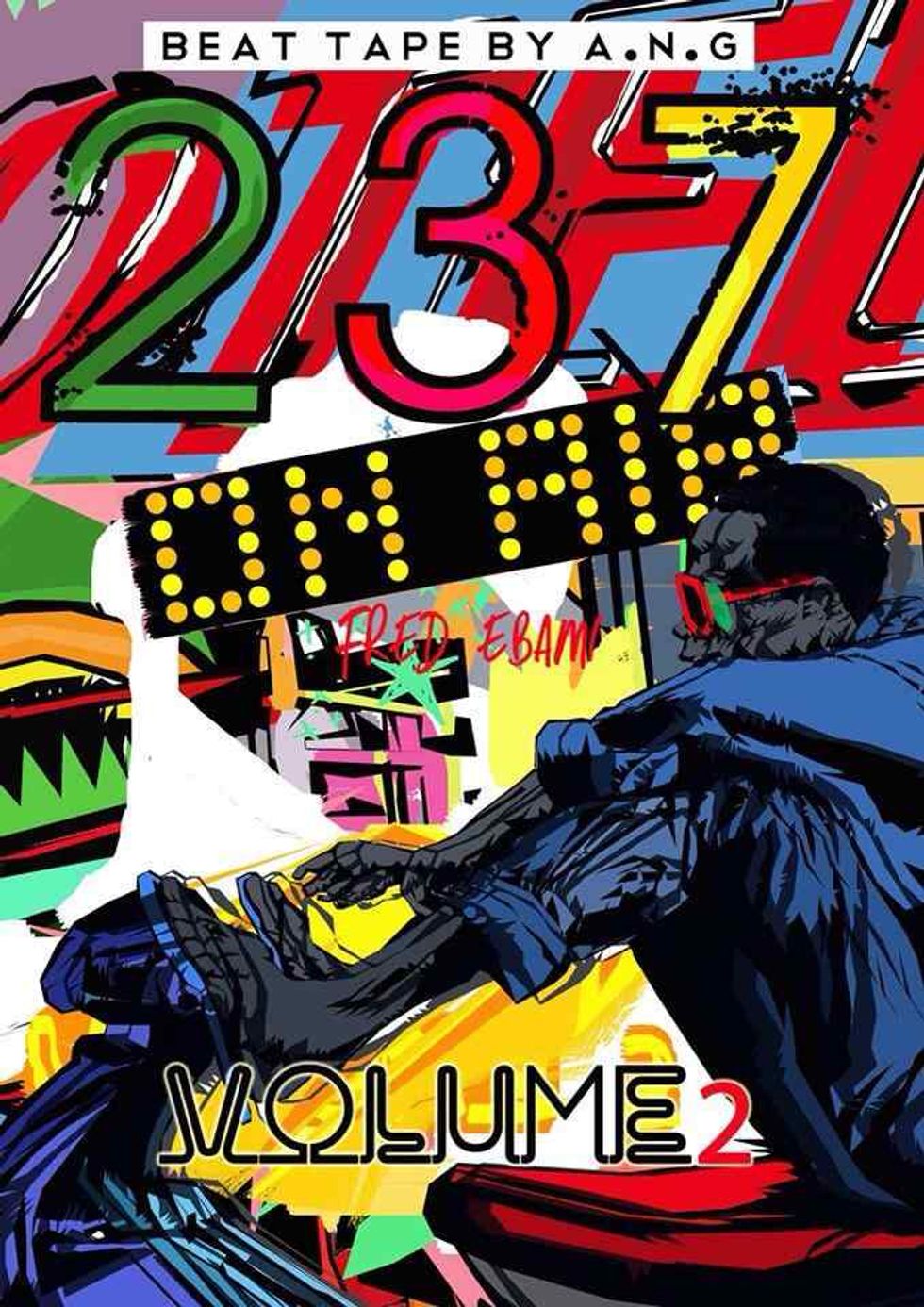 In 2012, Cameroonian rapper and producer Jovi sampled the late Congolese rumba king Tabu Ley Rochereau on his song "Pitié." A few months before he did, Rochereau's son, French rapper Youssoupha, did the same on his album. This sparked a bit of online controversy, with some commenters calling Jovi a "liar" and a "thief." At the time, sampling was still very much a new technique in Cameroon. Since this episode, a few Cameroonian beatmakers have ventured into sampling. Though in light of the ocean of wealth that is Cameroonian vintage music, that number is too few and far between.

Launched during the summer of 2013, #237 ON AIR is a beat tape conceived by London-based Cameroonian producer A.N.G. as a celebration of Cameroon's "fallen" music heroes. Born and raised in Douala, the self-taught producer has worked with Cameroonian urban music for a minute now, creating beats for Killa Mel (one of our Top Cameroonian Artists to Watch), 20Cent and others. "We don't take enough advantage of what we have," A.N.G. said when we asked him about his motivation for the project. The tapes dig up Cameroonian classics pulled between the '60s and late-90's and sample them to cook up hip-hop instrumentals.

The first 237 volume featured samples from Charlotte Dipanda, Dina Bell and Richard Bona, among other Cameroonian giants. It was well-received by listeners, though it was released at a time when sampling was still very much new in Cameroon. As with the Jovi track, some still didn't see the beat tape as a tribute, but rather as an instance of artistic theft. However, this resistance didn't stop A.N.G from releasing a second volume last week. "I know a lot of people may not understand, or why is the project for free and not on sale when I usually sell my beats. It's okay with me. I just wanted to bring something to the table, use my talent to shake things up a little bit and allow any rapper out there, Cameroonian or not, to be inspired by what our pioneers did before us," he told us. Let's hope his message will be heard this time around. Listen to the full tape plus a 4-minute snippet below. A.N.G. left the following preface on Youtube:

"#237 On Air is a project that celebrates the fusion between generations. Handing the former success of Cameroonian music in the style of the day, the different tracks present on the mixtape gives a second life to the classics and also allow the young generation to (re) discover the musical patrimonies of Cameroon. The tracks used or sampled on #237 ON AIR, were in the utmost respect of the artists who are at the origin."