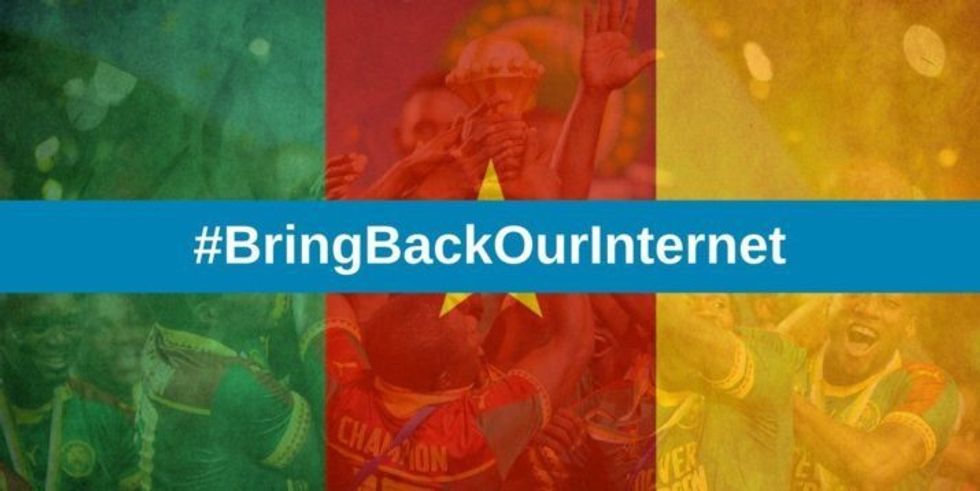 People in Cameroons predominantly English-speaking regions are being blocked from using the Internet by the country's government.

For almost a month now, areas in Cameroon's South Western and North Western regions have been without Internet. Sure, not being able to check Facebook, Instagram or Twitter on the regular sounds annoying, but it is beyond that when you're trying to use these platforms to organize, but can't due to government interference.

In Cameroon, mounting tension between the country's Anglophone population—who make up 20 percent of the population—and its French-speaking majority have led to government protests, as English-speakers feel that they are being discriminated against due to partial government practices in favor of the Francophone population.

Last month, lawyers and teachers went on strike to protest the use of French in courts and schools, many were arrested. Last November, several activists were arrested during a demonstration and one activist was killed, reports BBC News.

Just days before the Internet shut down, the government released a statement threatening jail time for anyone spreading "false news" via social media. Most see this as the government's way of stifling  political dissent. After all,  if opposing voices are silenced, then the government can carry own as it has been.

It is a major hindrance for activists, but it has not stopped some Cameroonians, with access to Twitter, from tweeting in opposition to the shut-down using the hashtag #BringBackOurInternet.

I am glad to be hosting so many #digitalrefugees in the office today. #BringBackOurInternetpic.twitter.com/Bli0aK8MaS

Exactly what we have in #Cameroon. #BringBackOurInternet#FreeAllArrested#FreeSouthernCameroon#EqualJustice4All@KahWalla@RFI@BBCWorldpic.twitter.com/ae4RfglQso

Many are also calling out telecommunications companies for their compliance with the government in not speaking out against the outage.

Telecommunications companies should not always comply with internet shutdown orders.#KeepItOn#BringBackOurInternetpic.twitter.com/DFHANFUcpD

Cameroon isn't the only African country where government-initiated Internet shutdowns have occurred recently. Last year Ethiopian officials halted access during nation-wide exams, and they did so again last December after protests erupted in the country's disenfranchised Oromia and Amhara regions.

Whether it's to creep into someone's DMs or to rally and express social and political discontent, the people of Cameroon have a right to utilize the Internet, and they want it back.