Camp Mulla ft. M.anifest 'All In' 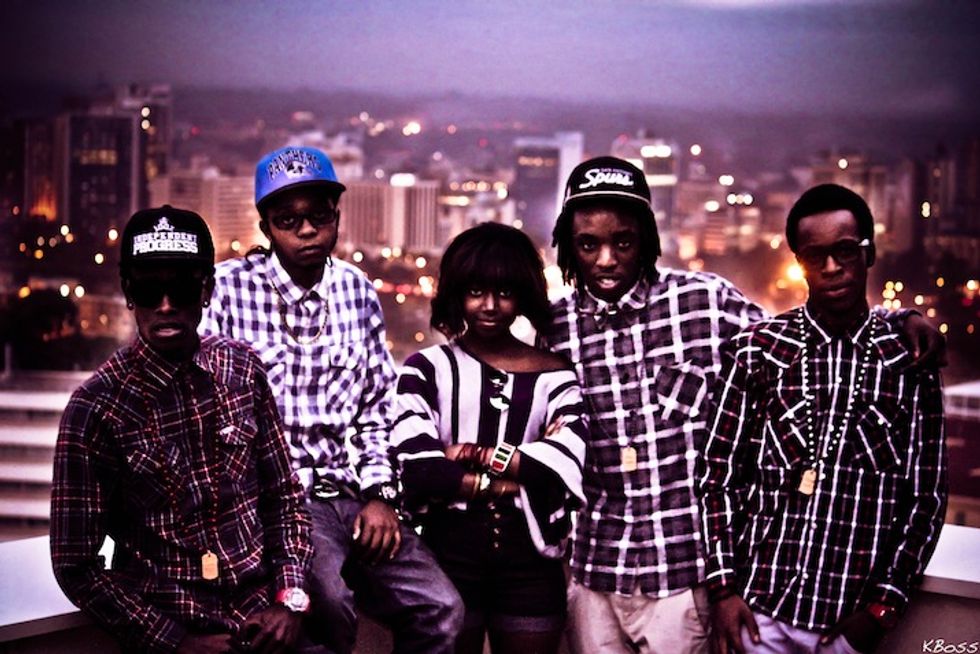 Kenyan hip hop crew Camp Mulla join forces with Ghanaian emcee M.anifest in an East-meets-West collaboration effort for their latest hip-hop banger "All In." With sweeping-synth production and a chopped up-vocal sample leading to singer Miss Karun's catchy hook, the track mixes a number of hip-hop influences to come up with a song that's likely to get a lot of spins in your summer evening playlist. It's nice to see the group isn't resting on their laurels after receiving a nomination last year for B.E.T.'s 'Best International Act' award — we're sure that's just the beginning for the Camp Mulla squad. "All In" doesn't rewrite the early-summer, windows-down hip hop track formula, but it certainly uses it well. Listen to "All In" below, and stay tuned for more from Camp Mulla later this summer.