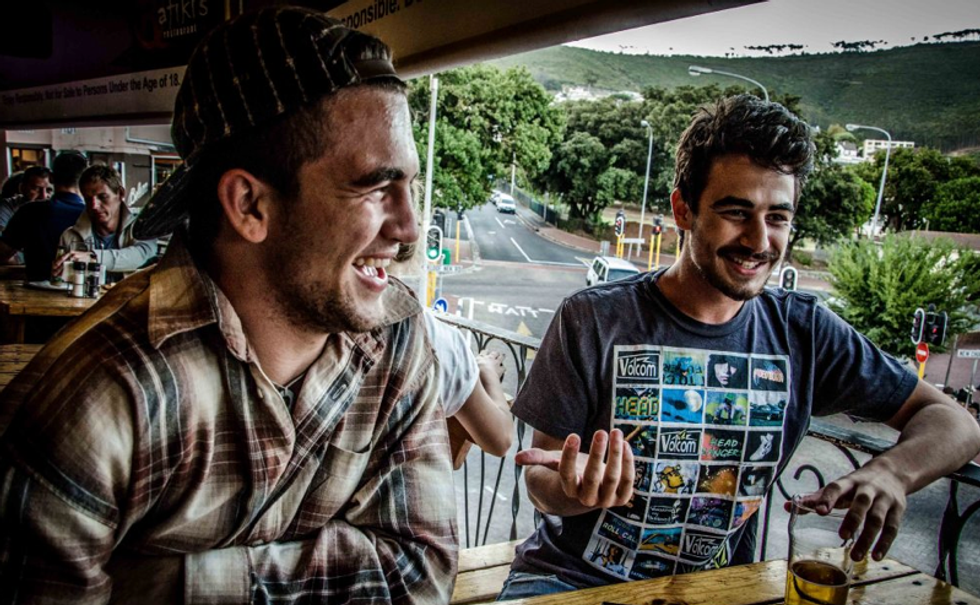 Our new City Guide series features our favorite artists dropping insider knowledge on the best places to hit up in their homebases. Think of it as our solution to those wack travel tours. For the Cape Town edition we figured who better to drop the lowdown than young South African beatmakers Christian Tiger School, whose hip-hop in your dreams psychedelic production has made the duo the toast of an already wavy town. Below Sebastian and Luc of CTS drop their guide to getting by in Cape Town.

Sebastian: Probably Mabu Vinyl. They also have books, cd's, VHS and everything is pretty much preY2K.

Luc: MABU. The people there are cool as hell. But I have seen a shop that sells new releases somewhere in Cape Quarters/Greenpoint also.

*Mabu owner Stephen Segerman (middle) is the man behind the "search for Sugerman."

S: Assembly is the most established concert venue in Cape Town. They have great shows on the regular. I've seen so many acts there from Pops Mohamed to Gaslamp Killer to Erik Truffaz!

L: Assembly puts in work, but so does fiction and stuff. I've just seen a lot of dope acts at Assembly I guess.

S: Evol (which is a party that happens every Friday at Hectic on Hope) It's poorly lit and ends late. Also has the best event posters.

S: Cafe Royale for the best burgers and shakes. On the other end of the spectrum, there's a place in Woodstock, called The Kitchen, which has nice light, healthy food.

L: I'm not even sure of that myself...... I had some tasty ass sweet and sour pork at this asian joint in Buitenkant St across the road from KFC though?

L: It's Cape Town, there are SOOOO many. It's all about creativity.

Best Drink to Have While in Town:

L: A cold black label beer, or an oreo milkshake from Pickwicks on Long Street!!!

*Photo by Alyssa Klein - taken from the balcony of Pickwick's in Long Street.

For more from Christian Tiger School check out AFRICA IN YOUR EARBUDS #24 featuring Sebastian and Luc's curation of South African tunes like fellow Capetonians Bateleur to classic hip-hop beats from Tribe's SA connection.