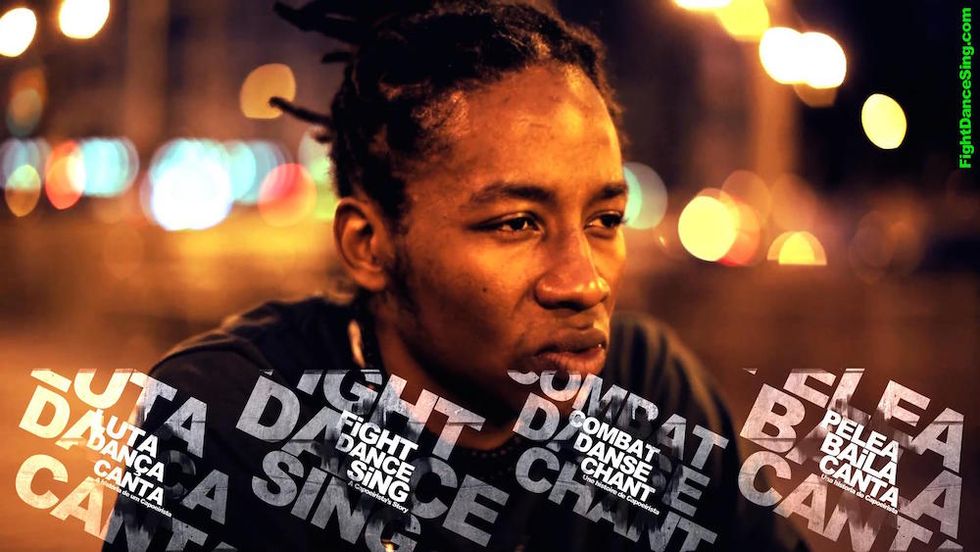 The poster for Kamal Robinson's FiGHT DANCE SiNG 2: Capoeira Across the Country

Originally released in 2012, FiGHT DANCE SiNG: a Capoeirista's story, follows New Yorker and capoeirista Junie Lachman as he struggles to overcome obstacles ranging from an unforeseen house guest to street violence. This month, Robinson is back with a sequel for the film.

Utilizing a “lost footage” filmmaking style, FiGHT DANCE SiNG 2: Capoeira Across the Country chronicles the story of Junie as he takes a road trip back to his home, the Bronx, from Los Angeles where he’s been living for the past three years, stopping to get some capoeira on along the way. Junie makes the journey using only google maps and his video camera. The film’s naturalistic style, acting, and documentary-like format is refreshing.

Capoeira, a Brazilian martial art that is part dance and music, part acrobatics and part effective fighting style is heavily featured throughout the film. Created by West African slaves brought to Brazil, capoeira’s swift, complex, and powerful movements were aimed at being able to take on armed adversaries - the Portuguese capitães-do-mato, a mounted and heavily armed colonial police tasked with re-capturing runaway slaves. Capoeira became essential in their fight for freedom.

The beautiful martial art that is capoeira has since made its way the world over. Make sure to peep parts one and two of Robinson’s Fight Dance Sing films below.