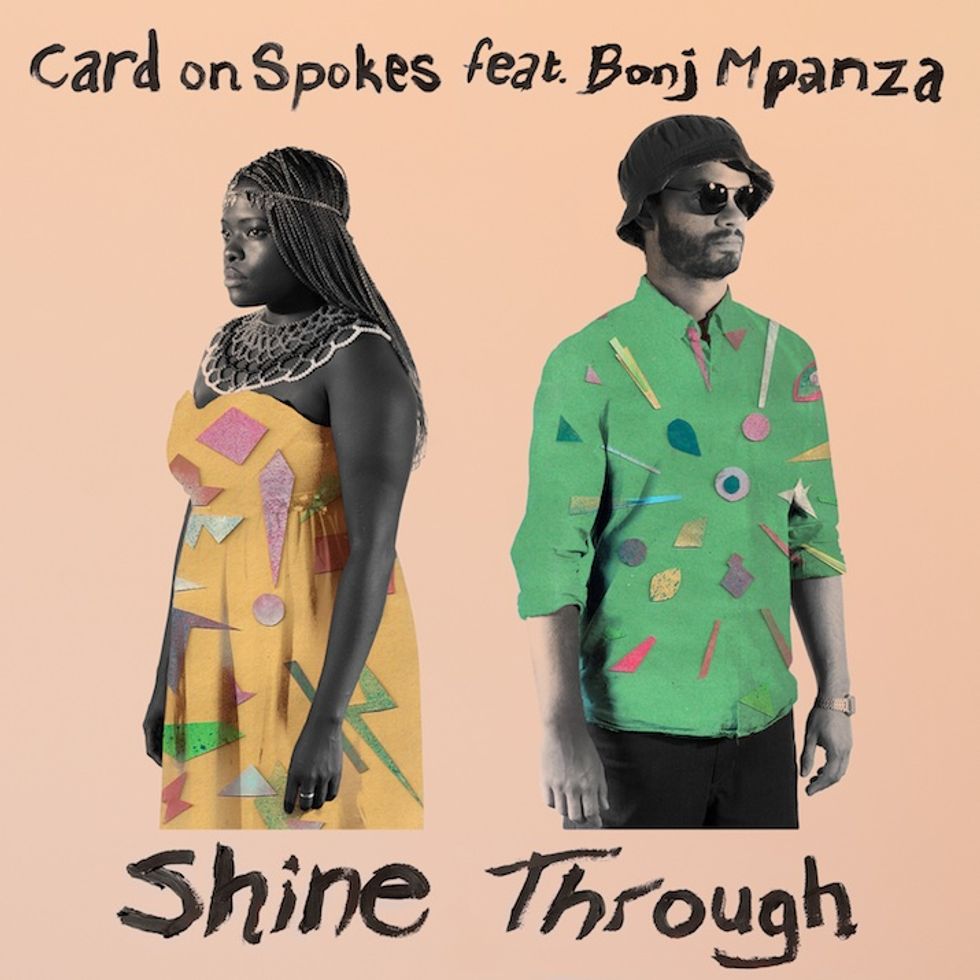 Card On Spokes is the future space-synth production moniker of award-winning Cape Town-based jazz musician Shane Cooper. In addition to winning the prestigious Standard Bank Young Artist of the Year for Jazz in 2013, Cooper released a treasure chest of hypnotizing synth progressions and enormous bass that same year with Card On Spokes' three-track Lead Me To The Water EP. And after putting out the best South African jazz album of 2014, Spokes started off 2015 with perhaps his most infectious work yet, a soulful electronic-rap head-nodder featuring Okmalumkoolkat and Nonku Phiri.

Now, the bassist/beatmaker is gearing up for the release of his next project, Sunwalker, to be released off Cape Town's naas in May. "It's a 5 track EP made up of 3 vocal features including 'On The Low', and 2 instrumentals," he told Okayafrica by email. "I wrote it over the last year. The music was inspired by lucid dreams, parties in Joburg, and the moments in between the chaos in Cape Town and the Eastern Cape. I'm super excited to be putting out my first official release since 2013."

Today we're excited to premiere the second track off Sunwalker. On "Shine Through," Card On Spokes teams with South African vocalist Bonj Mpanza for five minutes of spirally synth and stunning future-sounding electro-soul. "I co-wrote the track with the amazing singer Bonj Mpanza from the future afro band TheCITY," Spokes told us. "We wrote the track in 2014 when I started working on a live ensemble version of Card On Spokes with her for festival shows. Over a few weeks we wrote three tracks together, two of which are coming out on in May on my new EP Sunwalker. She's on the title track as well. I really loved writing with her in studio as she's one of the most natural, fluid vocalists I've worked with. It was a very inspiring atmosphere."

Card On Spokes' EP launches will take place April 30th in Johannesburg, and May 7th in Cape Town. Stay tuned for details on both shows and news on the forthcoming Sunwalker EP. Until then, listen to "Shine Through" below.