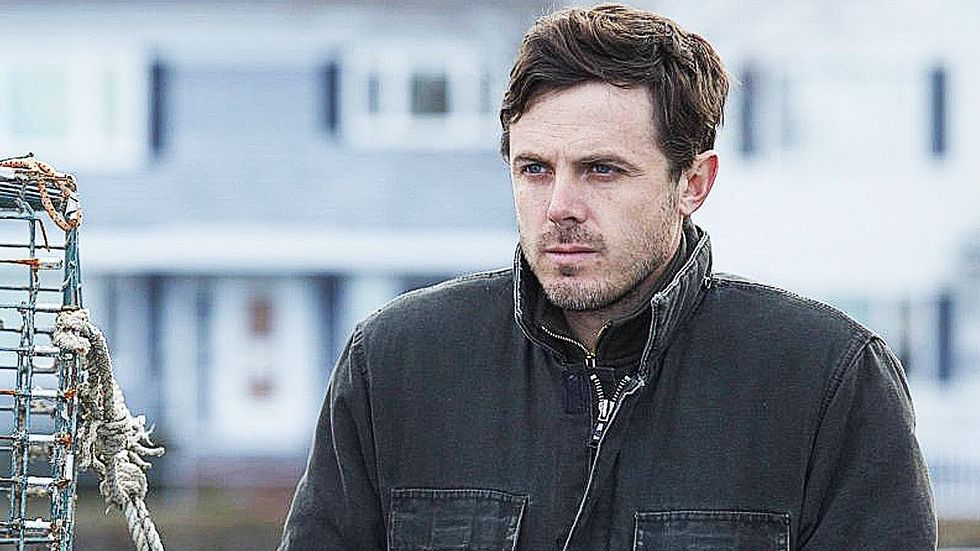 If we truly stand against rape culture, we need to hold Casey Affleck accountable for his past.

Casey Affleck is a Hollywood actor whose movies I’ve watched and loved for well over a decade. He’s also the younger brother of a slightly more famous White man in Hollywood and a likely frontrunner for Best Actor at the 2017 Academy Awards for his starring role in Manchester by the Sea.

Affleck, 41, is also a card-carrying member of the segment of the population that can sexually harass women and still become President of the United States.

On the eve of Thanksgiving I came across a startling headline: “Casey Affleck’s Dark Secret: The Disturbing Allegations Against the Oscar Hopeful”

The headline was from a Daily Beast story about Affleck’s less-discussed history of sexual harassment allegations. As the article points out, Affleck was accused of a long cycle of sexual harassment and verbal abuse by two women centered around the production of his bizarre Joaquin Phoenix rapper mockumentary, I’m Still Here.

In 2010, the film's producer, Amanda White, and director of photography, Magdalena Gorka, filed separate lawsuits against Affleck in which the women alleged sexual harassment (in the case of White), breach of contract and intentional infliction of emotional distress, among other complaints.

White’s complaint, which you can read in full here, contained the following introduction to the I’m Still Here producer’s allegations against Affleck:

During the course of the Project, Plaintiff was subjected to repeated incidents of offensive conduct because she is a woman. Plaintiff was forced to endure uninvited and unwelcome sexual advances in the workplace. On one occasion, Affleck instructed a crew member to take off his pants in order to show Plaintiff his penis, even after Plaintiff objected. Affleck repeatedly referred to women as “cows”; he discussed his sexual exploits and those of other celebrities that he allegedly witnessed; and asked Plaintiff, after learning her age, “Isn’t it about time you get pregnant?” Affleck inappropriately suggested that Plaintiff and a male member have a baby together. Plaintiff was prevented from going to her bedroom, during shooting in Costa Rica, because Affleck and Phoenix locked themselves in her bedroom with two women. Affleck also attempted to manipulate Plaintiff into staying in a hotel room with him, and when she resisted, he grabbed her in a hostile manner in an effort to intimidate her into complying.

Plaintiff objected to Defendants’ harassing conduct directed towards her and other women involved in the Project. In retaliation, Affleck refused to honor the terms of the production agreement, including an express agreement to pay Plaintiff her $50,000 producer’s fee. And he failed to per her a “living wage” during the more than three months that she worked on the Project. At no time after Plaintiff’s objections to the harassment have Defendants offered to pay the $50,000 or the “living wage.” To date, Plaintiff has not been paid for any of the work she performed in connection with the film, despite multiple emails from Defendants confirming that her work was “awesome” and that she was “fantastically thorough and creative and good tempered” throughout the time she worked on the Project.

Gorka’s complaint, which you can read in full here, referred to the treatment she received while working with Affleck, including routine instances of sexual harassment, as “by far the most traumatizing of her career.”

Affleck denied the allegations as "preposterous and without merit." His lawyer filed a motion characterizing each as extortion attempts. Neither case made it to trial. Instead, they were settled in mediation.

A Variety cover story from October did, at the very least, make mention of the lawsuits, but only as a brief footnote in an otherwise sparkling profile. "People say whatever they want. Sometimes it doesn’t matter how you respond," Affleck said when the interviewer brought the charges up. "I guess people think if you’re well-known, it’s perfectly fine to say anything you want. I don’t know why that is. But it shouldn’t be, because everybody has families and lives."

A few other publications have followed suit in mentioning the charges. But the general pattern is to imply they're one more headache Affleck had to endure as a result of the flop that was I’m Still Here.

Here's what CBS News had to say: “Not only did the film flop, but Affleck was named in two civil sexual harassment suits by women who worked on the film. He vehemently denied the charges, and both suits were settled out of court.”

Casey Affleck has been accused of sexual harassment? And he's probably going to receive an Academy Award nomination? (Which he's very likely to win.)

This isn’t the first time we’ve seen this story play out this year.

Only, last time, Nate Parker was painted as the ultimate scumbag at this point in the story. He was the subject of a monsoon of op-eds and the focus of a worldwide boycott.

As he should have been.

When it comes to sexual violence, we simply cannot separate the art from the artist.

There were a few that came to Parker’s defense when a 17-year-old rape charge against The Birth of a Nation writer/director/star “resurfaced” shortly before the theatrical release of the much-discussed Nat Turner slave rebellion biopic. Some cried a big smear campaign on the part of the Academy and the right-wing media to, in the words ofAl Sharpton, “discredit the messenger.” They found the timing of the resurfaced allegations peculiar, a Hollywood conspiracy to keep the Black man down.

(For more on why this is not the case, revisit Damon Young’s “Why Nate Parker's College Rape Accusations Resurfacing Isn’t Because of Some Conspiracy, Explained”)

But what if, just maybe, there was at least some merit to the conspiracies?

I went to sleep Wednesday night assuming I’d wake up to a barrage of headlines about Casey Affleck the sexual predator. I assumed the world would be talking about these very serious allegations. I assumed Casey Affleck would no longer be the Casey Affleck from before we knew about his alleged sexual harassment-ridden past.

Any mention of the allegations was written as if to sympathize with Oscar contender Casey Affleck. Take these headlines for instance:

"Casey Affleck Deserves Best Actor but Will Off Screen Accusations Tank His Chances?"

But is any of this really a surprise? There have been previous attempts (most notably from Mashable) to discuss Affleck’s sexual harassment allegations in the run-up to Manchester by the Sea’s release. Those too were ignored.

It's not as if Affleck needed some big PR team to ensure his past would not resurface to Nate Parker-esque proportions. Casey Affleck has the kind of PR that money can't buy: he's a straight white male.

If we truly stand against rape culture, we need to hold Affleck accountable for his past—regardless of whether his past was settled in mediation.

White women, in particular, have an obligation to hold White men accountable. If history has proven anything, it's that White women have no qualms when it comes to accusing the Black man. But what of the White man? What of the young and handsome Hollywood White male? When will we no longer allow white privilege to shield the White man from his sexual violence?

WE NEED TO TALK ABOUT CASEY AFFLECK’S HISTORY OF SEXUAL HARASSMENT ALLEGATIONS.