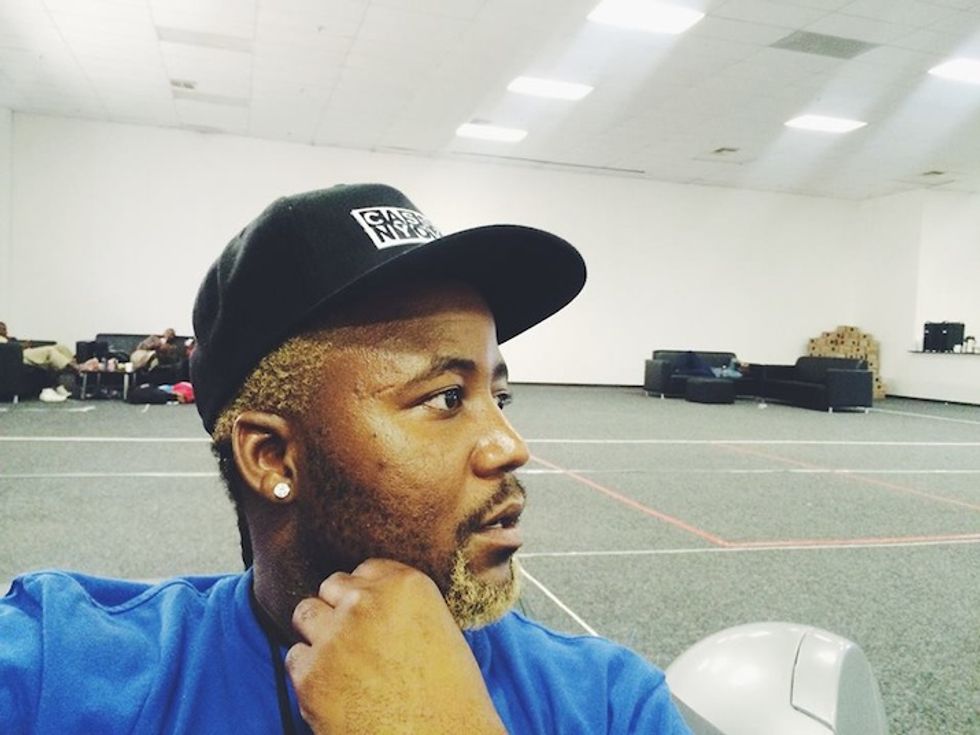 South African Mafikeng rapper Cassper Nyovest cleaned up over that weekend at the Channel O Africa Music Video Awards, held Saturday at the Nasrec Indoor Expo Centre in Johannesburg. Nyovest, who officially went gold in SA (selling 20,000+ copies) last month for his debut album Tsholofelo, took home three awards-- for most gifted male artist, most gifted Southern African artist and most gifted video of the year (for "Doc Shebeleza"). But even prior to the award show, Nyovest made headlines for releasing a new track on Thursday, his latest since teaming with Talib Kweli on the "Doc Shebeleza Remix" (more on that to come later in the week via Okayafrica TV). "Beef," which opens with a soundbite of Samuel L. Jackson's iconic "English, Motherfucker, do you speak it" scene from Pulp Fiction, is a not-so-subtle memo to Nyovest's fellow SA heavyweight AKA. Listen to it below.